The Best Specimen of Virile Characterization Ever Put on a Screen -- December 21, 2014


George Middleton, a San Francisco automobile dealer, married the beautiful and celebrated prima donna (that's how she was billed), musical comedy actress Beatriz Michelena in San Francisco in 1907. She left the stage for a while, then returned in 1910. In 1912, Middleton, son of a famous family in the lumber business, founded the California Motion Picture Company in San Rafael, north of San Francisco. At first he made promotional films for his auto business, but in 1914 he began to produce dramatic features starring his wife. Salomy Jane still survives and is very impressive. Most of the CMPC movies were destroyed in a fire. 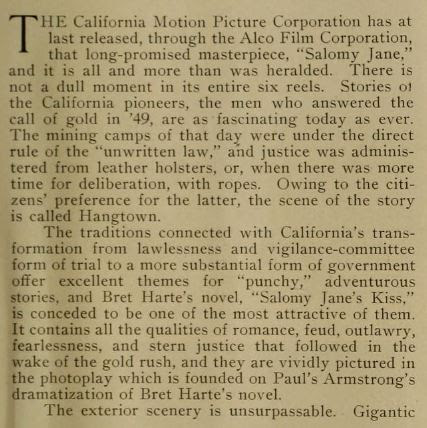 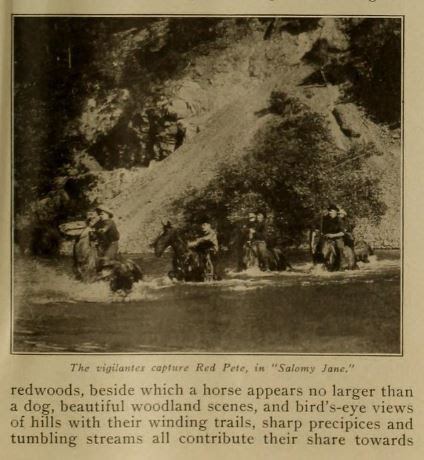 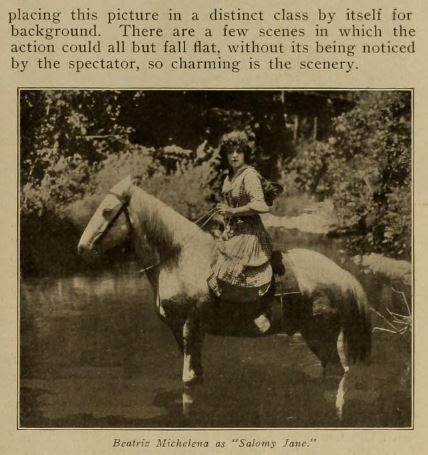 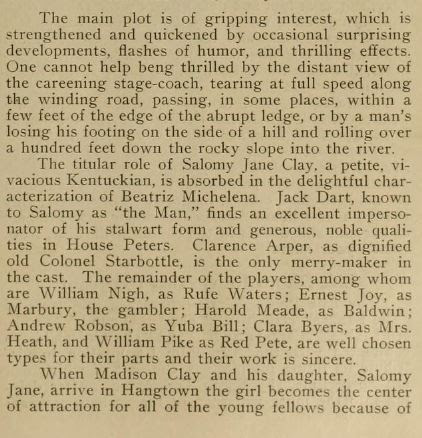 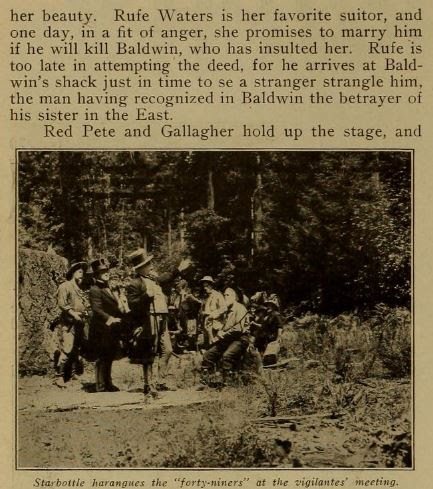 Their first feature was an adaption of Salomy Jane by Bret Harte.  "There is not a dull moment in its entire six reels."  I agree.

ALCO did a bad job of distributing the films of the CMPC.  I believe ALCO went bankrupt soon after.


This ad announces that the next CMPC production, an adaption of Alice Hegan Rice's Mrs Wiggs of the Cabbage Patch would be release in January by Lewis J Selznick's World Film Corporation.
Posted by Joe Thompson at 10:00 AM