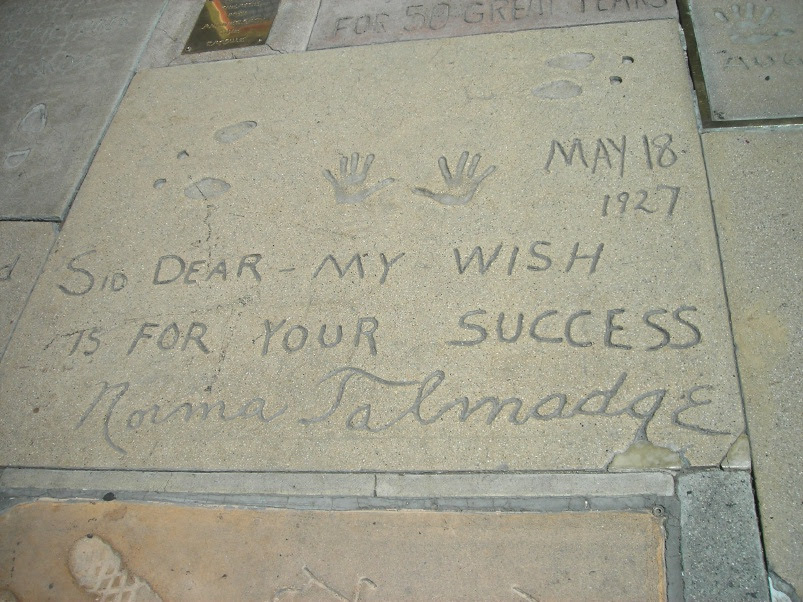 I recently finished my series of photos taken at Grauman's Chinese. I started it on my other blog in 2009-2010, then picked it up again after a visit in 2012 (http://cablecarguy.blogspot.com/search/label/Grauman%27s%20Chinese). I moved it here when I started this blog in 2014, and finished it in September, 2014. In October, 2014, I thought I would start rerunning the series, adding photos of the people honored in the forecourt.

Some accounts say that Norma Talmadge started the tradition of leaving hand and footprints in the forecourt of Grauman's Chinese Theater in Hollywood when she accidentally stepped in wet cement. Her current set of footprints is dated 18-May-1927, while those of Mary Pickford and her husband Douglas Fairbanks, a partner in the theater, are dated April, 1927. DSCN4151.
Norma Talmadge was a popular actress who is not well remembered today. She was mean to her brother-in-law, Buster Keaton.


Joseph M Schenck was her husband.
Posted by Joe Thompson at 10:00 AM