When I first saw this ad, I did not recognize the title as a Tom Mix movie. I investigated and learned that it was. After Your Own Heart appears to be a movie about racing cars. Tom Mix liked fast cars. I have seen the memorial near Florence, Arizona where Tom Mix died in a fast car.

Before air conditioning, theater business tended to decline or shut down during hot weather. The Moon Theater in Omaha advertised "Gigantic Arctic Cooling System/It's Winter All Summer in the Moon.".

The Moon Theater used this poster to advertise Tom Mix in The Road Demon, another movie about racing cars.

Fox had big plans for Tom Mix during the 1921-1922 season. "Tom Mix is scheduled to make about seven photoplays of strenuous life, reckless riding and daring adventure." 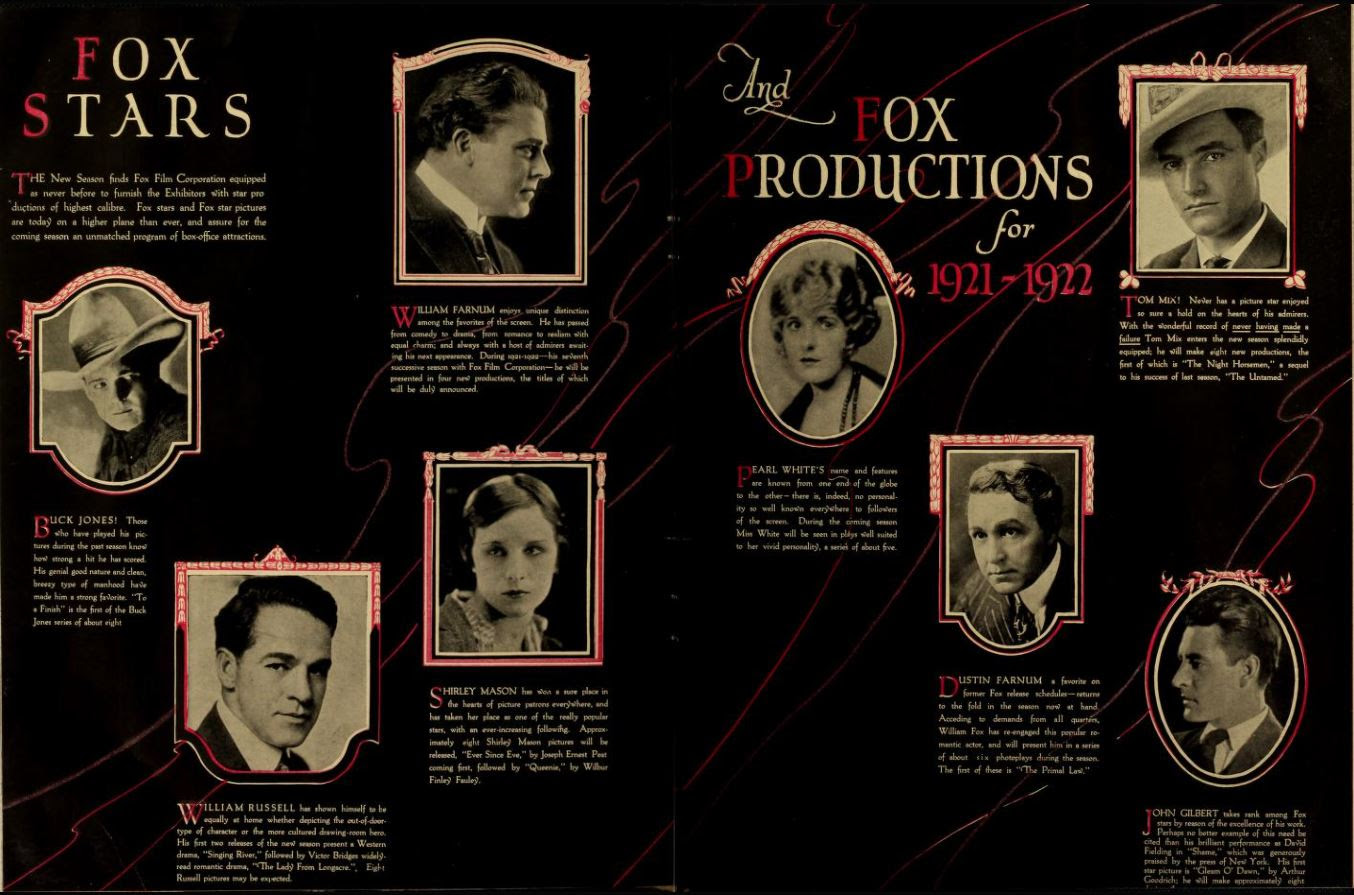 Fox boasted about "Fox Stars and Fox Productions for 1921-1922. Tom Mix was featured prominently, and was to have a "wonderful record of never having made a failure."

The same ad also featured Buck Jones, who started out as Fox Film Corporation's second-tier cowboy star. He went on to have a strong career, well into the talkie era. "His genial good nature and clean, breezy type of manhood have made him a strong favorite."

Tom Mix and Buck Jones planned to spend their vacation taking a crew of cowboys around the rodeo circuit. Back in 1920, Tom Mix had won a bull-riding prize at Prescott Frontier Days, which claims to be the world's oldest rodeo.

Buck played a Mountie named Jock MacTier in Get Your Man.

"Stories of rapid action and replete with thrills have been provided for the fast riding and hard fighting star..."

Sunset Sprague is a great character name and film title. 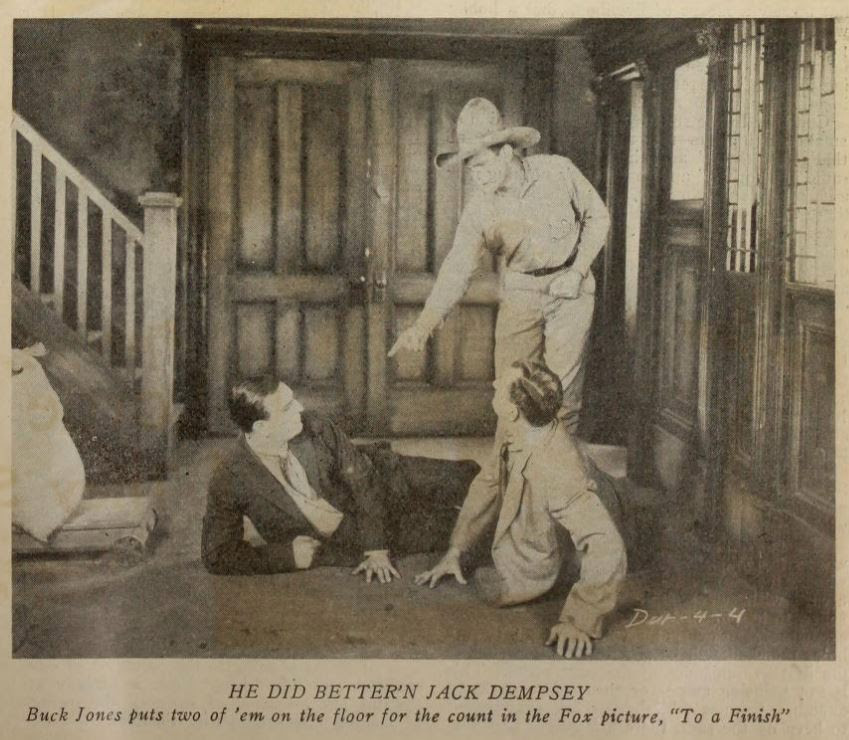 Hoot Gibson was a contemporary of Mix and Jones. His movies tended to emphasize humor.

Tom Santschi (hard name to spell) had a long career, but mostly worked in small character parts after the mid-1920s.
Art Acord was another contemporary of Mix and Jones, who appeared in many silent films, but did not make the transition to talkies. He served in France during World War One and was decorated for bravery and won an Army boxing title.
Posted by Joe Thompson at 12:30 AM