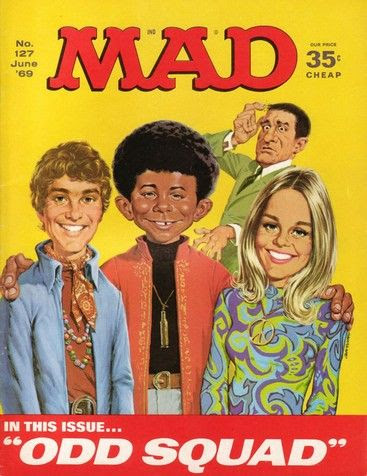 I remember the show only vaguely, but "The Odd Squad" in June, 1969 was one of my favorite Mad Magazine television satires. You could always tell which actresses Mort Drucker really liked.