Zane Grey was a popular Western novelist in the first half of the Twentieth Century. I had read about movies made from his stories, so I took a few novels out from the Anza Branch Library. It turns out that he was not a very good writer, but he did produce interesting characters and descriptions.

I thought I might join with producer Benjamin B Hampton and have a Zane Grey Week. 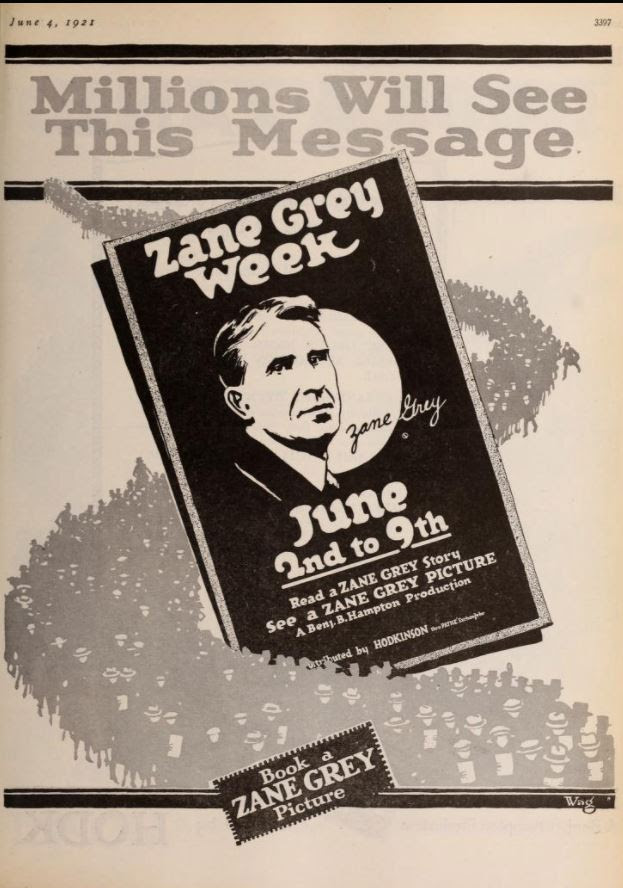 Tomorrow: Fighting Blood.
Posted by Joe Thompson at 12:30 AM