100 years ago this month, in June, 1919, Charlie Chaplin's third production for First National, "Sunnyside," was in release.

The owners of the Dreamland Theater in Eagle River, Wisconsin hesitated to book "Shoulder Arms," Chaplin's second release for First National.  They came up with a new method to draw customers, by having school kids figure out "How many words can you make from the letters in the two words, 'Shoulder Arms'?"  They would give two free tickets to the boy and girl who found the most words. 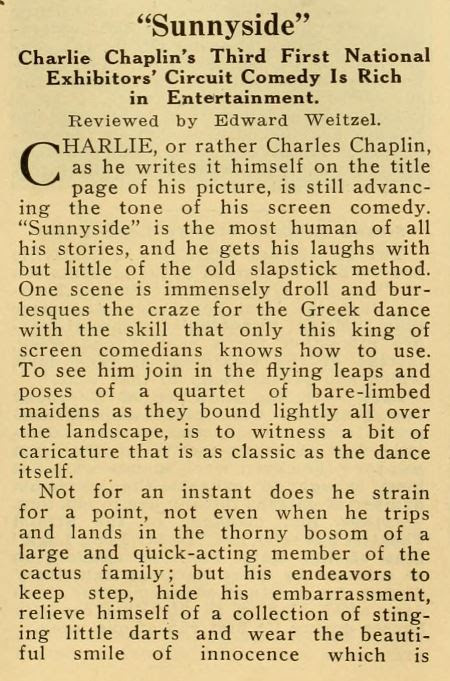 Meanwhile, Essanay was trying to squeeze everything it could from Charlie Chaplin's movies.

Chaplin's Lone Star company, which produced the Mutual comedies, ordered that all be withdrawn.  Lone Star was negotiating a new coontract.