Roscoe and the Comique Company planned to move from the east coast to the west to take advantage of better weather.  "Meantime Mardi Gras throngs at Coney Island have had a chance to obtain a close-up view of Mr Arbuckle, who has been making scenes for a comedy at Luna Park." 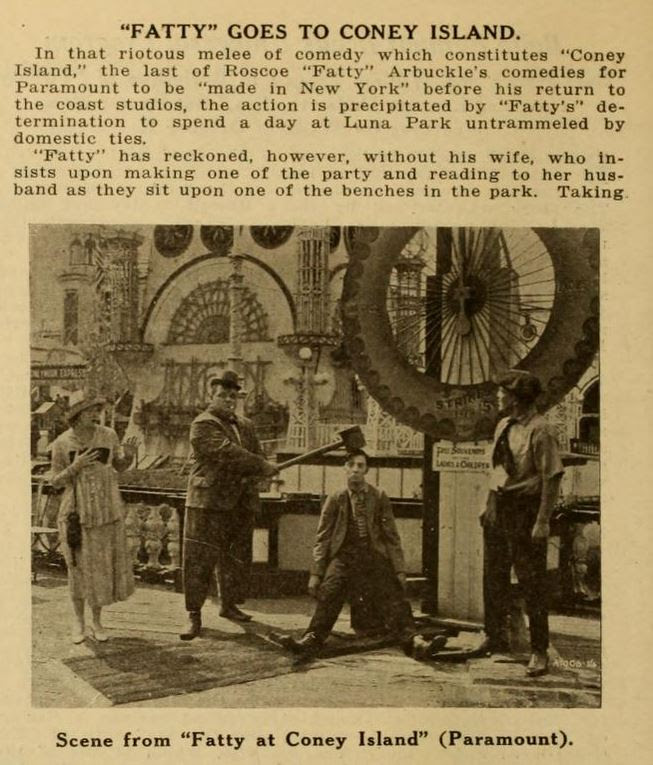 Buster Keaton appears in the illustration for this review of "Fatty at Coney Island."