The cost World War One greatly exceeded the normal budget of the Federal Government.  The four Liberty Loans sold war bonds to raise money.  The movie industry dedicated itself to selling a lot of Liberty Bonds.

"Help your country and yourself -- Help our boys 'Over There'" 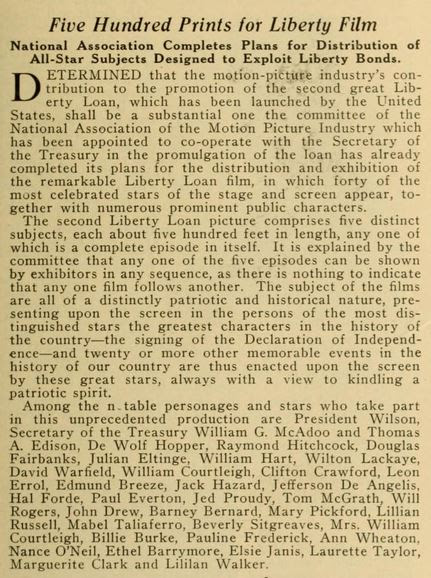 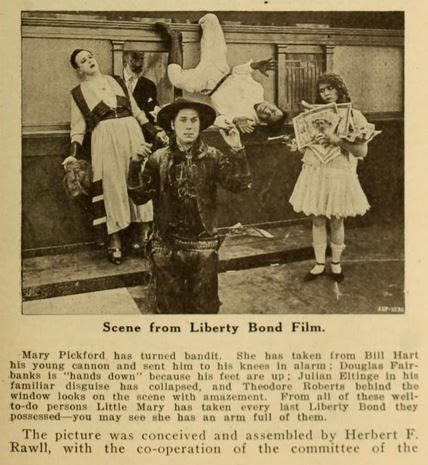 The National Association of the Motion Picture Industry, "which has been appointed to co-operate with the Treasury in the promulgation of the loan," created a short film to promote bond sales.  "The image shows Julian Eltinge, the female impersonator, William S Hart, Douglas Fairbanks and Mary Pickford."

The war continued to be a hot topic.
Posted by Joe Thompson at 12:30 AM