Actress Betty Grable was born 100 years ago today, on 18-December-1916.  She started playing in musicals when she was 12, but looked older.  She appeared in a lot of Technicolor musicals for 20th Century-Fox.  She was famous for her legs.  She had been forgotten by many people. Her movies have been hard to find at times. 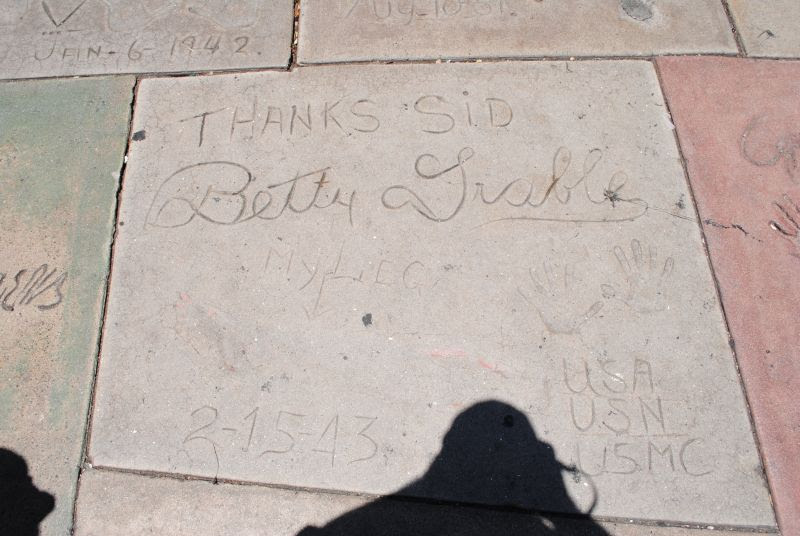 Betty Grable left her hand and leg prints in the forecourt of Grauman's Chinese on 15-February-1943.  She included the initials of the Army, the Navy and the Marine Corps.  This was before the Air Force became independent.  I took the photo in July, 2012.