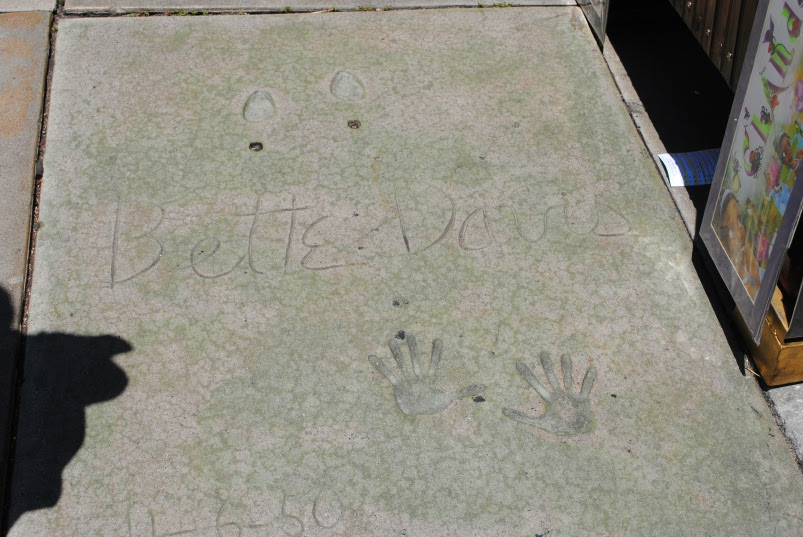 Actress Bette Davis left her hand and footprints on this slab on 06-November-1950.  I wonder if she was promoting All About Eve.  (DSC_0027)