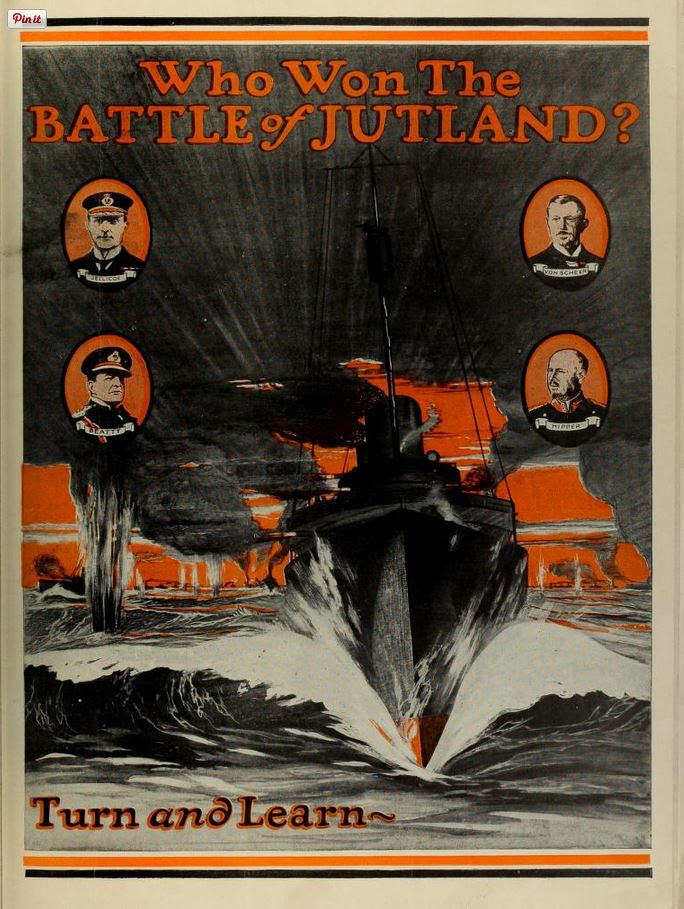 100 years ago, on 31-May and 01-June-1916, the British Grand Fleet and the German High Seas Fleet fought in the North Sea.  This was the only time the dreadnaughts of the two navies fought a large-scale battle during World War One.  People still disagree about who won and which British admiral deserved the most blame.

The Germans destroyed more British ships and killed more British sailors, but the Grand Fleet was much larger than the High Seas Fleet, so I believe that the British came out far ahead.

I believe that British Admiral David Beatty and his command made some mistakes that nearly cost the British the battle.  I support Admiral John Jellicoe, the Commander in Chief.

Educational released this short on the subject in late 1921.