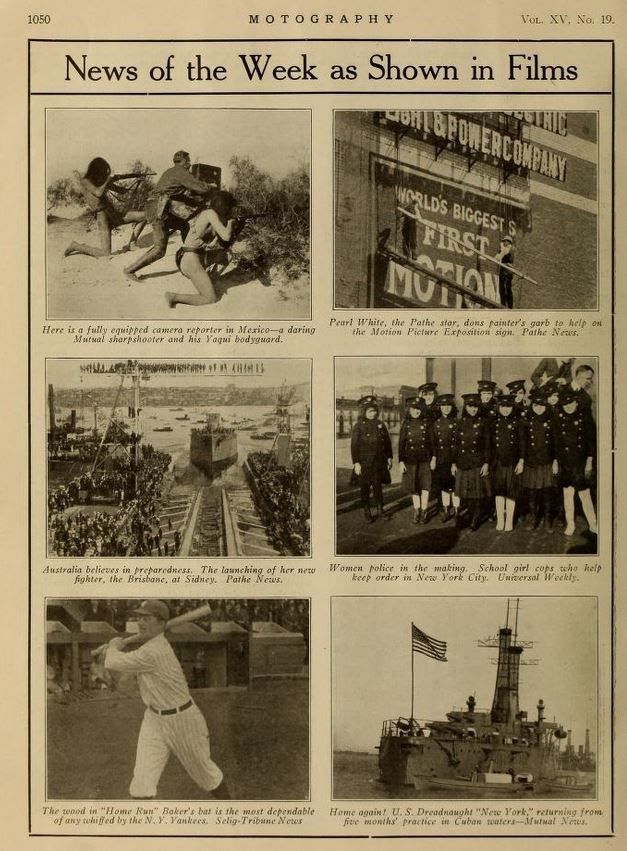 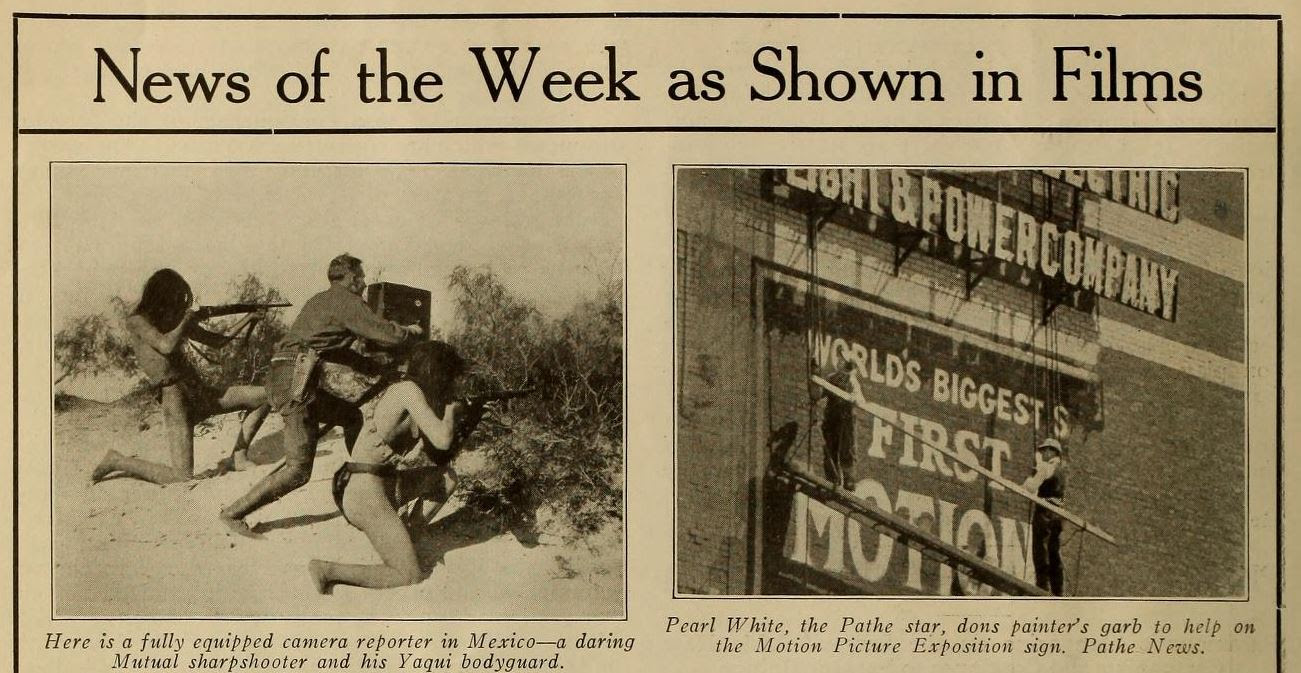 "Here is a fully equipped camera reporter in Mexico -- a daring Mutual sharpshooter and his Yaqui bodyguard."  The Yaqui resisted the central government and tried to remain independent.

"Pearl White, the Pathe star, dons painter's gard to help on the Motion Picture Exposition sign.  Pathe News."  Pearl White was the first serial queen.  As a stunt, she climbed the scaffolding to put up signs for the exposition at Madison Square Garden.

"Australia believes in preparedness.  The launching of her new fighter, the Brisbane, at Sidney.  Pathe News."  HMAS Brisbane was a light cruiser which was lauunched on 30-September-1915.  She served in the Pacific and the Mediterranean during World War One.  She was scrapped in 1936.

"Women police n the making.  School girl cops who help keep order in New York City.  Universal Weekly."  The Home Defense League was formed to train auxiliary officers to support the New York Police Department.  Perhaps this had something to do with that.

"The wood in 'Home Run' Baker's bat is the most dependable of any whiffed by the N.Y. Yankees.  Selig-Tribune News."  Frank Baker was the third baseman in the "$100,000 Infield" of the Philadelphia Athletics.  He received the nickname "Home Run" by hitting two key home runs against the New York Giants, against Rube Marquard and Christy Mathewson, in the 1911 World Series.  After one of the fire sales that are still traditional with the Oakland Athletics, he went to the New York Yankees.  I guess "whiffed" didn't mean "struck out" then.

"Home again! U.S. Dreadnaught 'New York' returning from five month's practice in Cuban waters -- Mutual News."  USS New York (BB-34) had been commissioned on 15-May-1914.  She patrolled with the British Grand Fleet during World War One.  She served in the Atlantic and the Pacific during World War Two.  After the war, she was one of the ships used in the Operation Crossroads atomic bomb tests at Bikini Atoll.
Posted by Joe Thompson at 10:00 AM