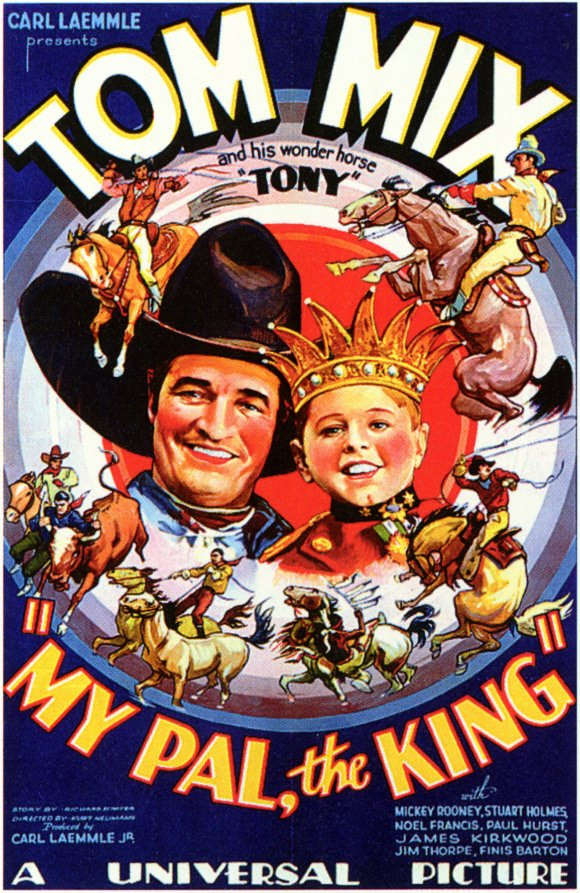 I came home from a rosary for my father-in-law and learned that Mickey Rooney had died.  I was recently thinking about how he was one of the last living people who had starred in a silent movie, in his case a series of Mickey McGuire short comedies.  He may also have been the last person alive who starred in a movie with Tom Mix.  The poster for My Pal, the King is from Listal (www.listal.com),

I remember seeing  him on television when I was a kid and having trouble relating him to the young boy I saw in old movies.

He was widely talented.  His career had a lot of ups and downs, but more ups.  I'm sorry to see him gone.
Posted by Joe Thompson at 12:30 AM