Billy West closely imitated Charlie Chaplin in a long series of comedies for different studios. While Chaplin was making the excellent Mutual comedies, West was making imitations of Chaplin's Essanay comedies. We haven't seen him since August. Production has moved from King-Bee to the Bull's Eye studio. 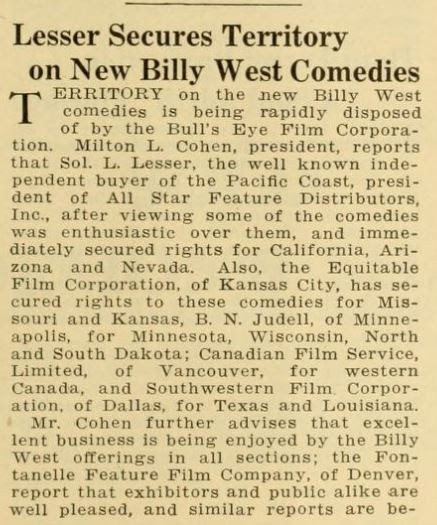 Sol Lesser worked in Hollywood for many years as an independent producer.  He sold the Billy West comedies on the states rights basis.
Posted by Joe Thompson at 12:30 AM