"Camping Out" was one of the movies that Roscoe Arbuckle and his nephew Al St John made while their friend Buster Keaton was in the US Army.  Chester Conklin and Louise Fazenda starred in Mack Sennett's "The Village Chestnut." 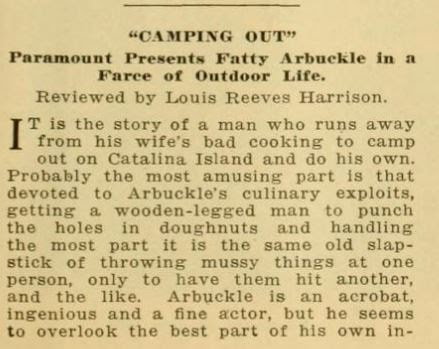 "This is not to say that 'Camping Out' is not amusing, but ranks far below other vehicles for Fatty's laughable psychology."

Roscoe's dog Luke appeared in many of Roscoe's movies.

"Love" would be another movie without Buster Keaton.