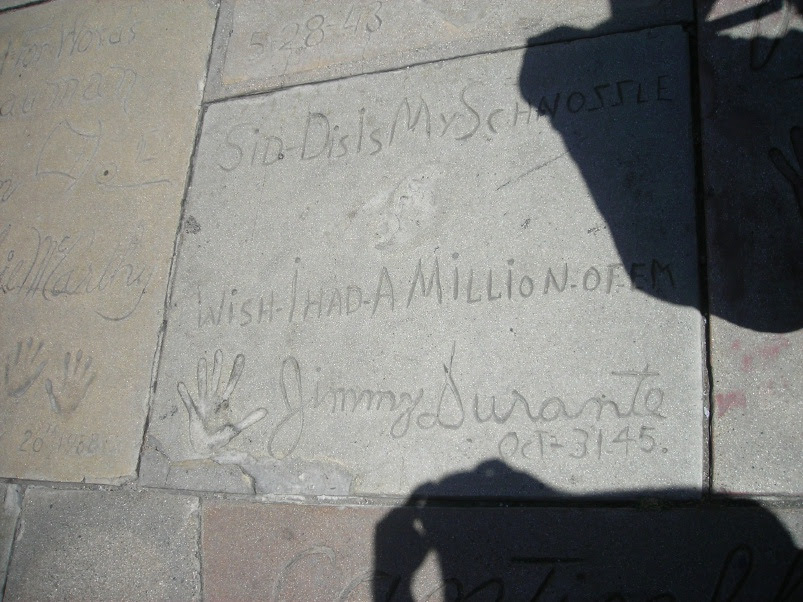 Beloved performer Jimmy Durante left hand and schnozzola prints in the forecourt of Grauman's Chinese on 31-October-1945. Jimmy began his show business career as an excellent ragtime pianist. He was a member of an early New York jazz band, the Original New Orleans Jazz Band. He went on to star in vaudeville as a singer and a comedian. Over the years, he starred in radio, movies, and television. He was famous for many catch phrases including "Ha-cha-cha-chaaaaaaa," "Dat's my boy dat said dat," "Everybody wants ta get inta the act," and "Umbriago!" I took this on 18-July-2009.  DSCN4150.