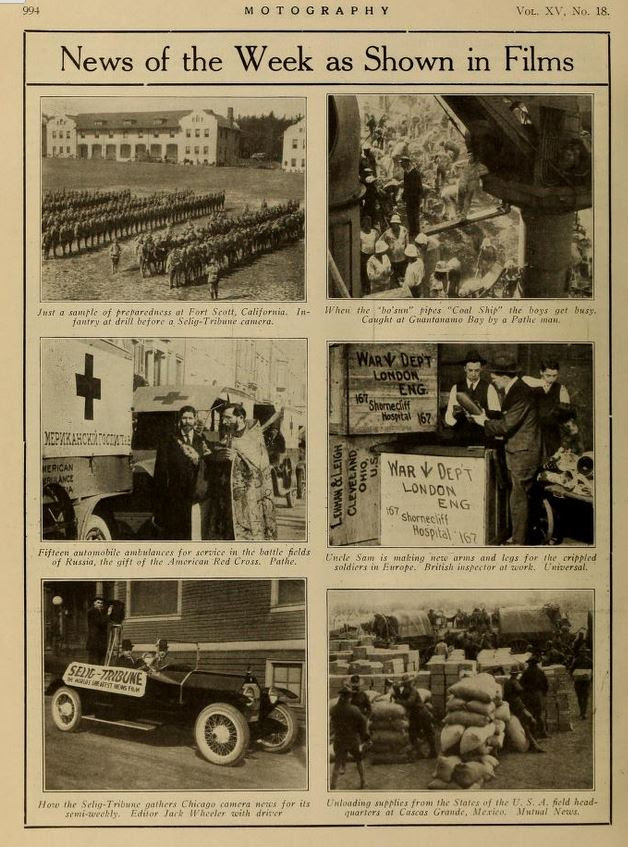 The 29-April-1916 Motography featured "News of the Week as Shown in Films," with items from current newsreels. 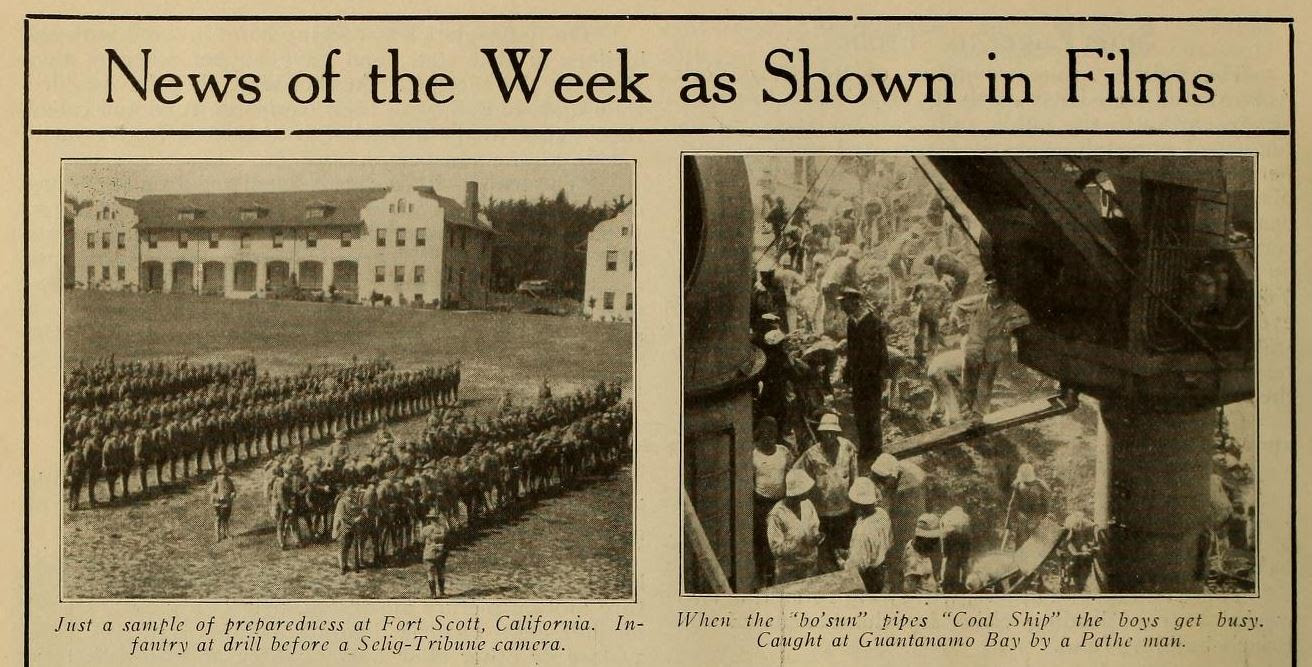 "just a sample of preparedness at Fort Scott, California.  Infantry at drill before a Selig-Tribune camera."  Fort Winfield Scott was established within the Presidio of San Francisco to command the Artillery District of San Francisco. After World War II, Fort Scott became a sub-post of the Presidio.  My father was stationed here.  "Preparedness" became a popular term as events led towards the US entering the Great War.

"When the 'bos'un' pipes "Coal Ship" the boys get busy.  Caught at Guantanamo Bay by a Pathe man."  Coal burning warships were coaled (loaded with coal) by their crews.

"Fifteen automobile ambulances for service in the battle fields of Russia, the gift of the American Red Cross.  Pathe."  An Orthodox priest blesses the new ambulances.

"Uncle Same is make new arms and legs for the crippled soldiers in Europe.  British supervisor at work.  Universal."  The war led to much new development in the science and art of prosthetics.

"How the Selig-Tribune gathers Chicago camera news for its semi-weekly.  Editor Jack Wheeler with driver."  Someone who knows more about autos could probably identify this one.

"Unloading supplies from the States of the U.S.A. field headquarters at Cascas Grande, Mexico.  Mutual News."  The Punitive Expedition chasing Pancho Villa established its headquarters at Casas Grandes, Mexico.
Posted by Joe Thompson at 10:00 AM