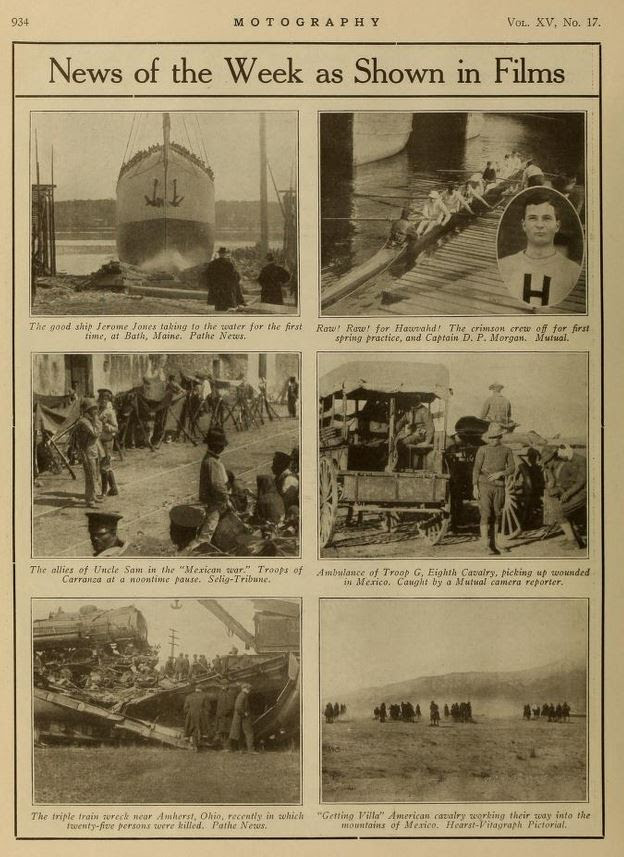 The 22-April-1916 Motography featured "News of the Week as Shown in Films," with items from current newsreels. 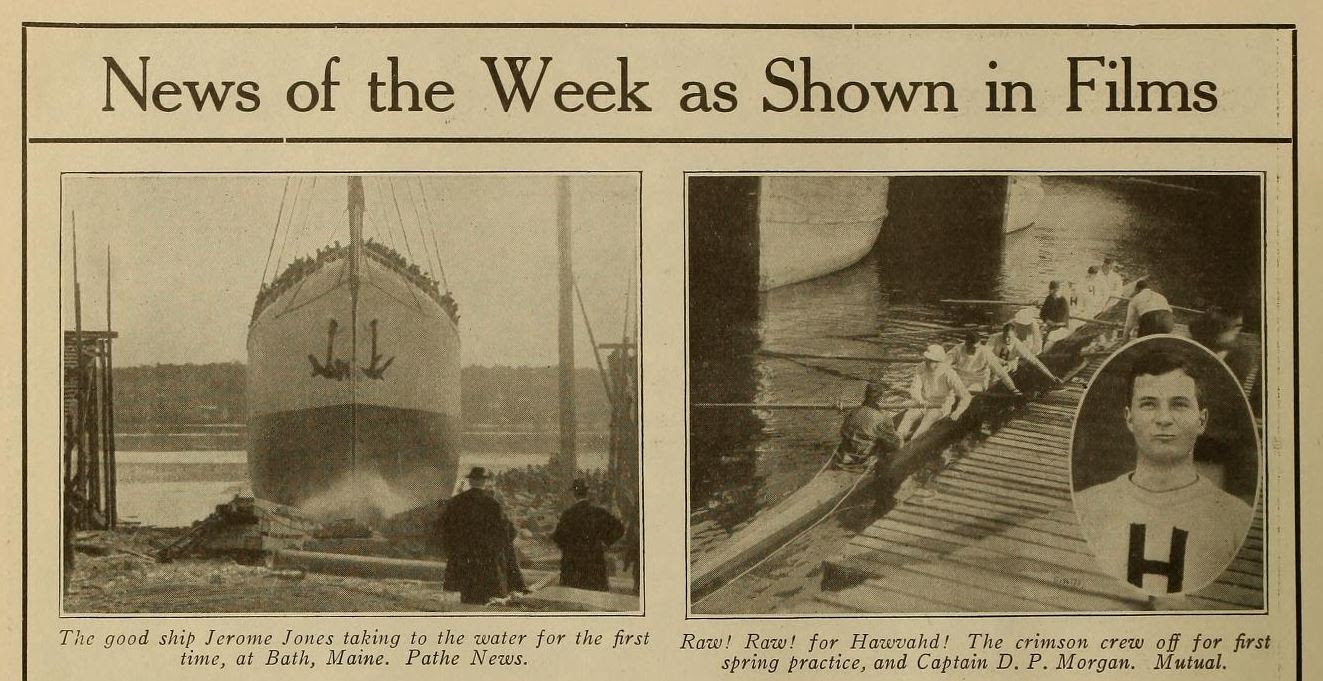 "The good ship Jerome Jones taking to the water for the first time, at Bath, Maine.  Pathe News."  Jerome Jones, a five-masted schooner, was launched on 31-March-1916 by GG Deering.

"Raw! Raw! for Hawvahd! The crimson crew off for first spring practice, and Captain D. P. Morgan."  The Crimson crew went on to win the 23-June-1916 regatta against Yale.

"The allies of Uncle Sam in the 'Mexican war.'  Troops of Carranza at a noontime pause.  Selig-Tribune." Venustiano Carranza was the leader of the Constitutionlists during the Mexican Revolution and President under the new constitution in 1917.

"Ambulance of Troop G, Eighth Cavalry, picking up wounded in Mexico.  Caught by a Mutual camera reporter."  The 8th Cavalry Regiment participated in the Punitive Expedition against Pancho Villa.

"The triple train wreck near Amerst, Ohio, recently in which twenty-five persons were killed.  Pathe News."  On 29-March-1916, three New York Central trains ran into each other in a thick fog.  About 30 people died.  The trains included the Twentieth Century Limited.

"'Getting Villa' American cavalry working their way into the mountains of Mexico.  Hearst-Vitagraph Pictorial."  Pancho Villa withdrew to the mountains to avoid pursuing US cavalry.