The 15-April-1916 Motography featured "News of the Week as Shown in Films," with items from current newsreels. 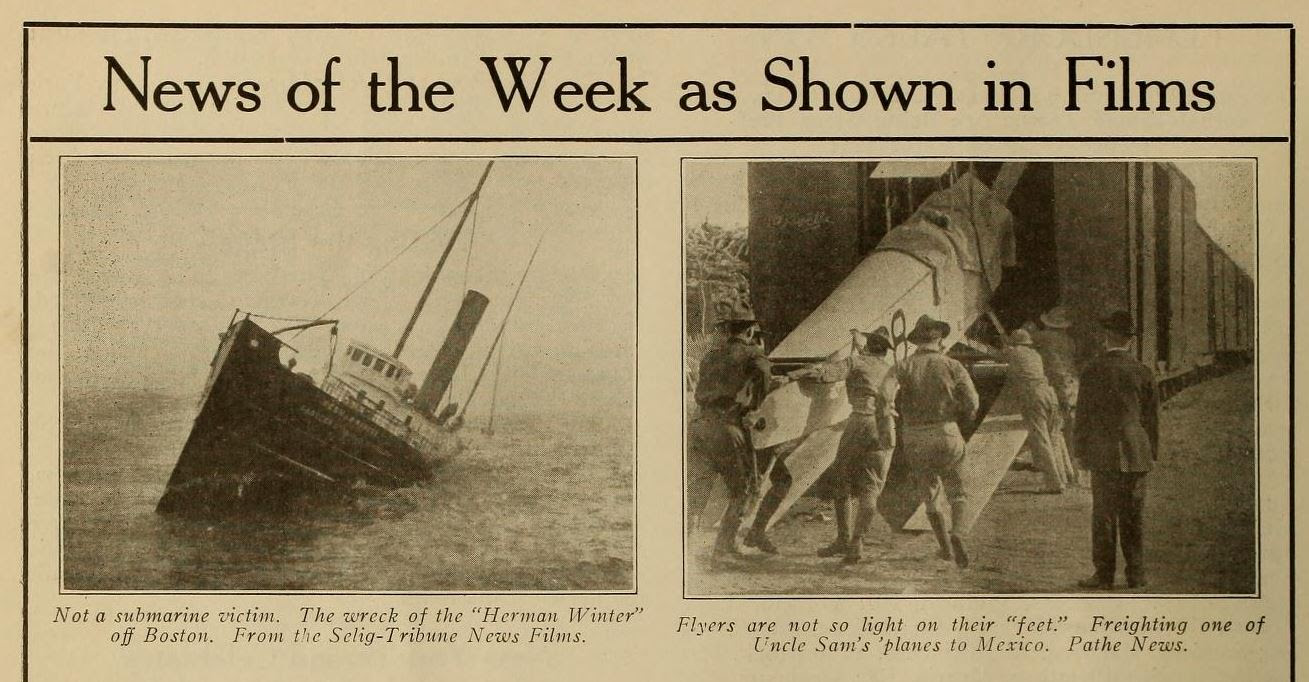 "Not a submarine victim.  The wreck of the 'Herman Winter' off Boston.  From the Selig-Tribune News Films."  SS Herman Winter, carrying 800 bales of cotton, caught fire on 14-March-1916.

"Flyers are not so light on their 'feet.'  Freighting one of Uncle Sam's 'planes to Mexico. Pathe News."  The First Aero Squadron used Curtiss JN3s to perform liaison duties and aerial reconnaissance for the punitive expedition.

"Rescue of an adventurous horse who plunged into a New York subway.  Taken from the Universal Weekly."  Sources say that the pavement had to be cut away to free the horse.

"The first United States dirigible navy airshop, just previous to its first trials.  Pathe News."  This looks like the DN-1, which was based on the Parseval type, but it didn't makes its first flight until 1917.
http://cablecarguy.blogspot.com/2011/02/parseval-airship-february-1-2011.html

"Specialists in the business of war.  Scene in the trenches at Solmka, from the Hearst-Vitagraph News."  In 1915, an Allied expeditionary force occupied the Greek port of Salonika to support the Serbians.