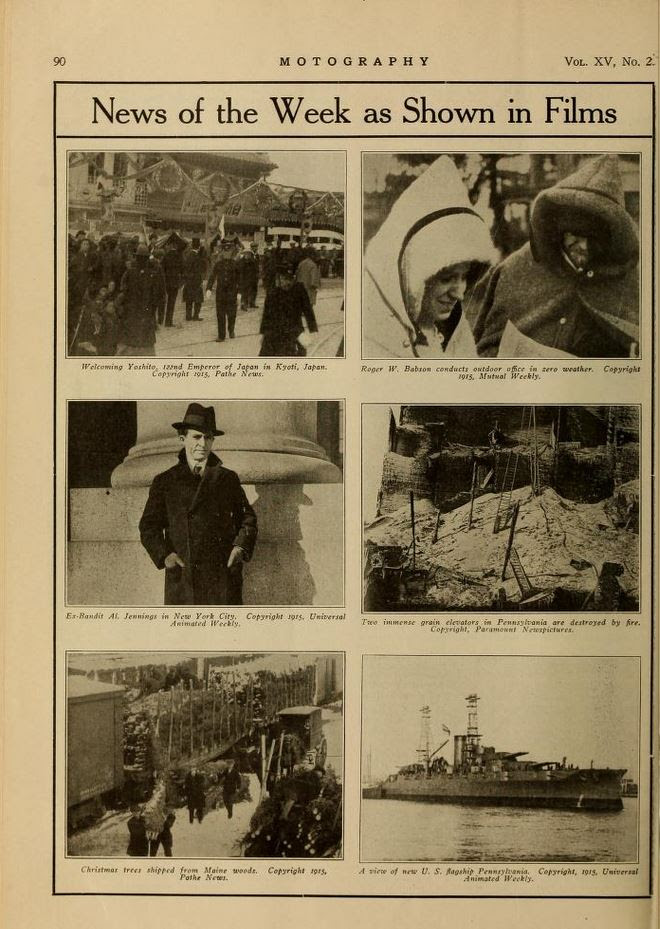 The 08-January-1916 Motography featured "News of the Week as Shown in Films," with items from current newsreels. 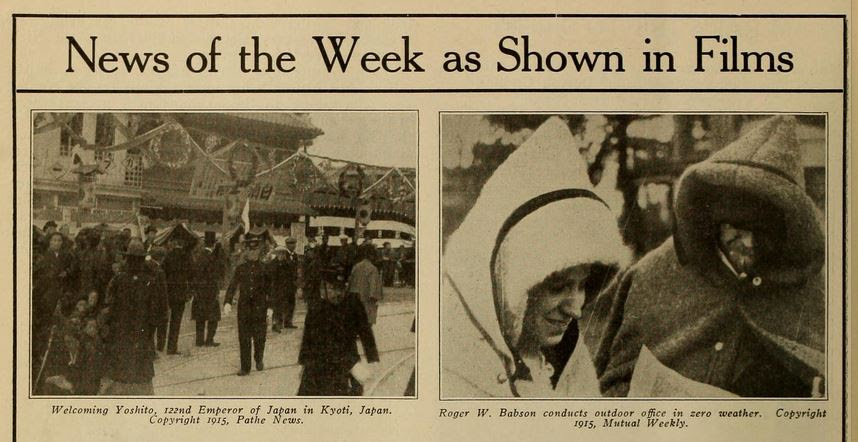 "Roger W. Babson conducts outdoor office in zero weather.  Copyright, 1915, Mutual Weekly."  Babson was an eccentric entrepreneur who founded three universities and colleges.  I don't know what he was doing outside in zero degree weather.

"Ex-Bandit Al Jennings in New York City.   Copyright 1915 by Universal Animated Weekly."  Jennings was a former bank and train robber who once shared a prison cell with O. Henry.  Jennings later starred in some movies.

"Two immense grain elevators in Pennsylvania are destroyed by fire.  Copyright, 1915, Paramount News Pictures."  I have not been able to find any details about these fires.

"Christmas trees shipped from Maine woods.  Copyright 1915 by Pathe News."  I wonder if they still travel by rail.

"A view of U. S. flagship Pennsylvania.  Copyright 1915 by Universal Animated Weekly."  Dreadnaught USS Pennsylvania (BB-38) was launched on 16-March-1915.  During the Pearl Harbor attack, she was in drydock, but her anti-aircraft guns fought back.  15 of her crew were killed, but she was able to sail to San Francisco for repairs.
Posted by Joe Thompson at 10:00 AM