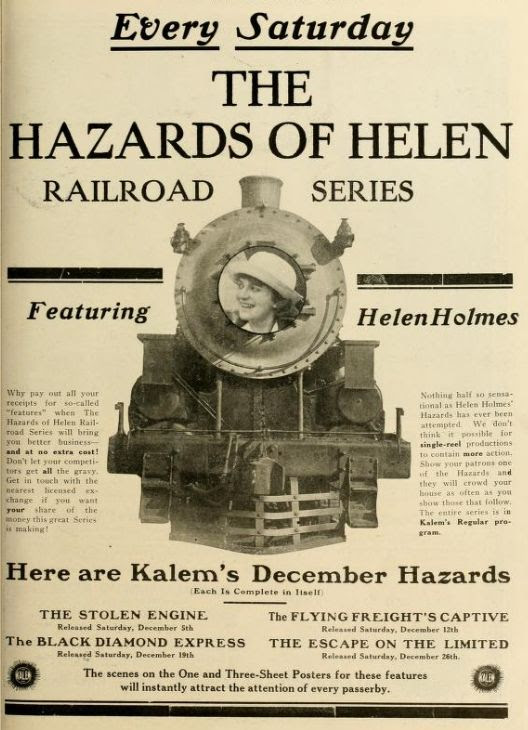 Happy National Train Day, everyone.  In honor of the day, here is an ad from the 05-December-1914 Moving Picture World for The Hazards of Helen, starring Helen Holmes.  The 119 episode Kalem series was not a movie serial, but a series of films about the adventures of Helen, a plucky lady who did more rescuing than getting rescued.  Most of the episodes took place around railroads.  Helen was often a station agent or a telegrapher.

Helen Holmes and her husband, director JP McGowan, did the first 26 episodes, except for number 18, where Anna Q Nilsson took over when Helen got sick.  After Holmes and McGowan left, Elsie McLeod took over for episodes 27-49.  Then Rose Gibson changed her name to Helen and took over for the rest of the series.

Episode 13, "Escape on the Fast Freight" is available on YouTube:


Today is also the 150th birthday of French film industry pioneer Léon Gaumont.  The Gaumont Film Company is one of the oldest in the world. 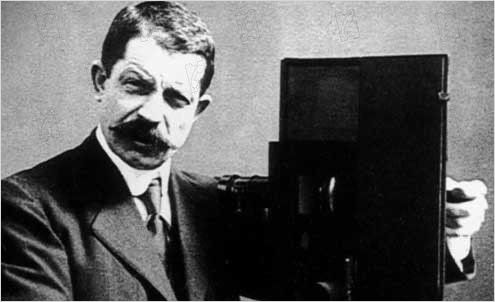