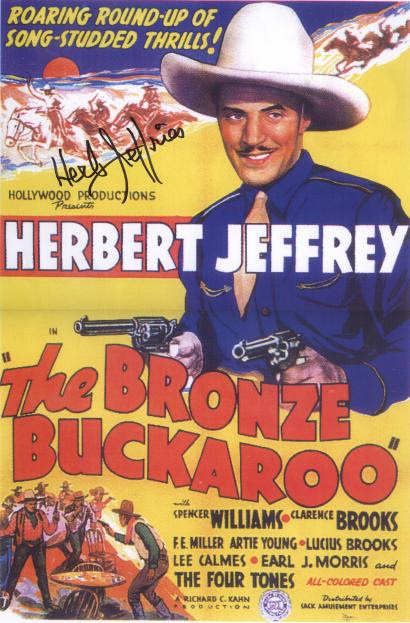 I was sad to learn of the passing at the age of 100 of Herb Jeffries, the Bronze Buckaroo, who sang with Duke Ellington and Earl Hines  and starred in a series of western "race movies."  Some sources claim that he was a white man who passed as black, while others claim that his Sicilian father was of partly Ethiopian descent. Does it matter?