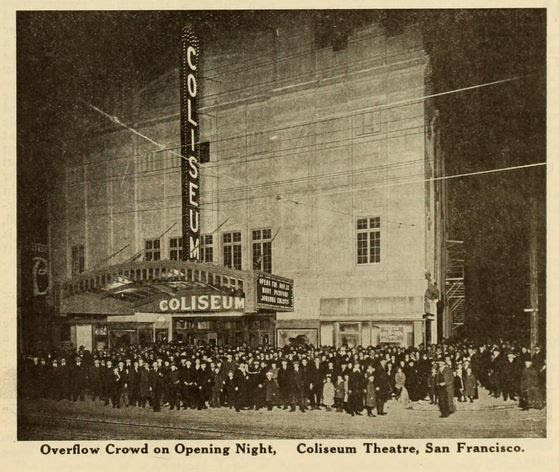 In late 1918, the so-called Spanish Flu, which killed between 10 and 20 per cent of the people it infected, caused many states, including California, to force movie theaters to close. This delayed the opening of the new Coliseum Theater on San Francisco's Clement Street was delayed for a couple of weeks by the influenza-inspired theater ban.  It was finally able to open 100 years ago today, on 22-November-1918.


The first movie shown was Johanna Enlists with Mary Pickford.


Roscoe Arbuckle, who frequently visited San Francisco, made a surprise appearance at the opening of the Coliseum.

Samuel Levin set up an area in the lobby where patrons could park their strollers and even leave their babies under the watchful eye of a nurse. 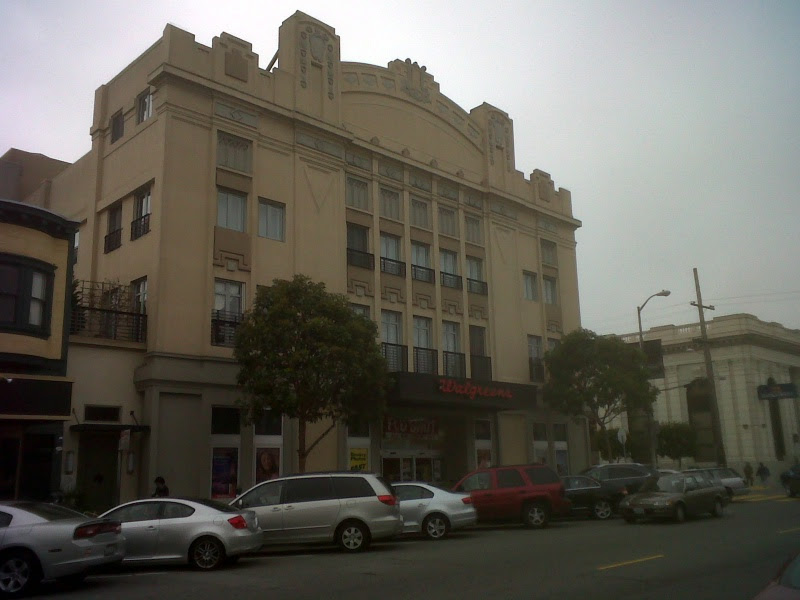 The Coliseum, damaged by the 17-October-1989 Loma Prieta Earthquake, never reopened as a movie theater. Today the Coliseum has a Walgreen's on the ground floor and condominiums upstairs. I saw Jaws there, and a bunch of other movies. I always thought the theater was dark and gloomy.