The Wharton Brothers produced Patria, a fifteen-chapter serial starring Irene Castle, for William Randolph Hearst.  Warner Oland, who made a career out of playing Asian parts, was a Japanese spy.  Baron Huroki and his spy ring want to destroy American munitions plants, many of which are owned by Patria Channing, who was played by Irene Castle.  .  Milton Sills is a Secret Service agent who is after the spy ring.  At one point in the serial, the Japanese ally with Mexico to attack the United States.  While the film was being release, President Woodrow Wilson learned about the themes of the film and asked the producers to change the nationalities of many of the characters.

Irene Castle had become famous, with her husband Vernon, as a ballroom dancer.  He left the act in early 1916 to return to his native Britain, where he joined the Royal Flying Corps.  He was a successful pilot, earning the Croix de Guerre.  He was sent to Canada and then the United States to train new pilots.  He died in a flying accident in 1918. 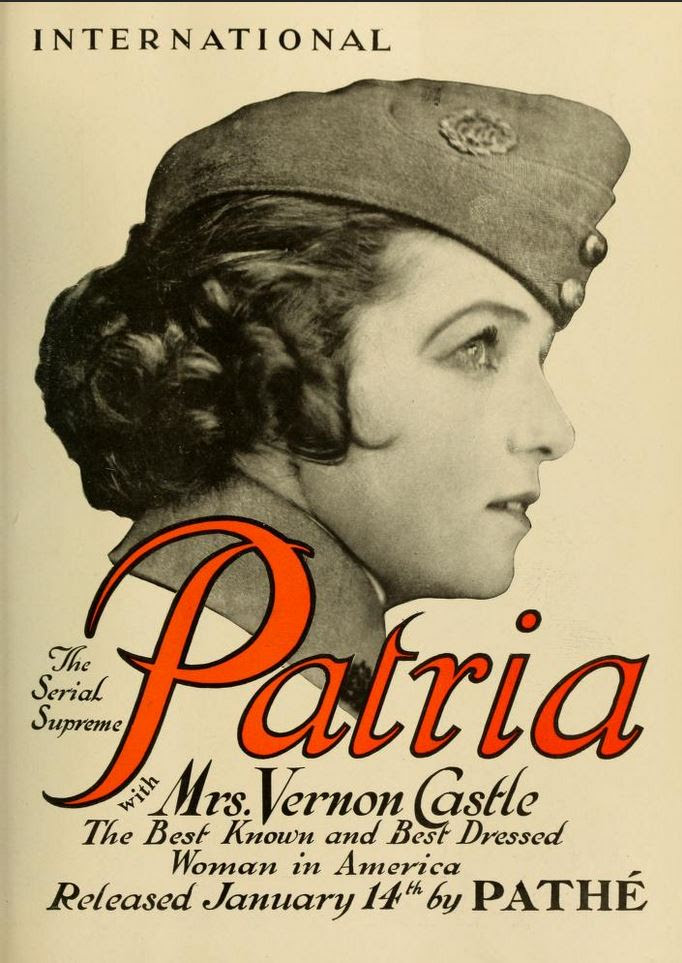 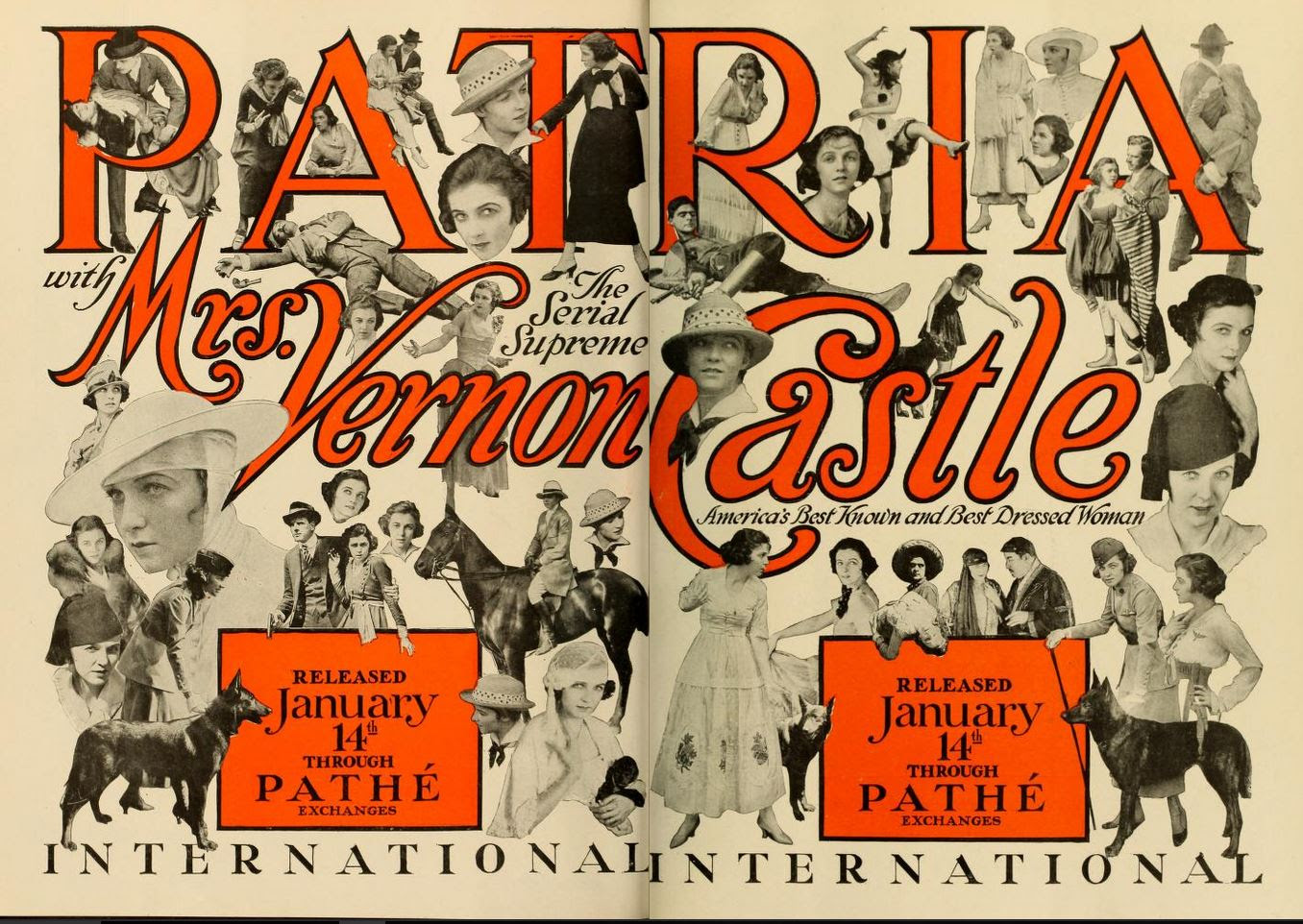