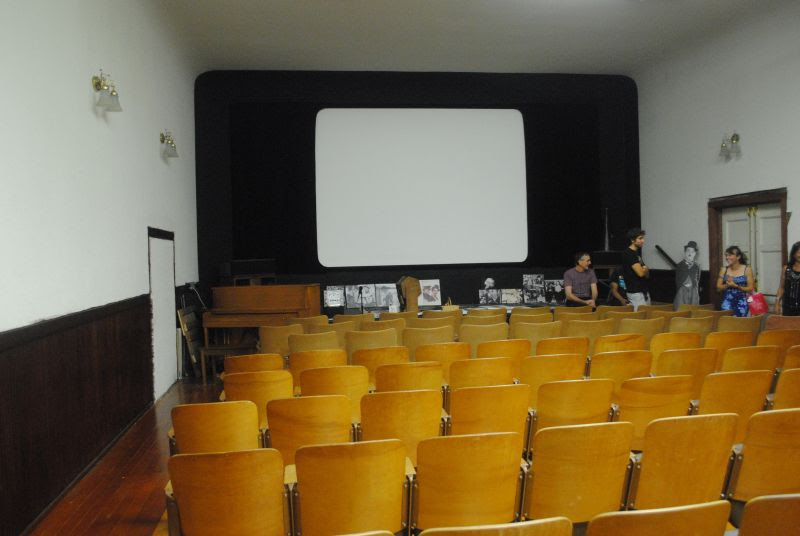 On Sunday, after our ride on the Niles Canyon Railway, we went to the Niles Essanay Silent Film Museum.  Saturdays are busy for us, so I have never been able to attend one of their film programs.  They have a nice variety of old cameras and projectors, and many posters for Essanay films and others.  There are many items about Broncho Billy Anderson and Charlie Chaplin, who made movies in Niles.  A volunteer was giving an enthusiastic tour, telling about Gilbert Anderson. 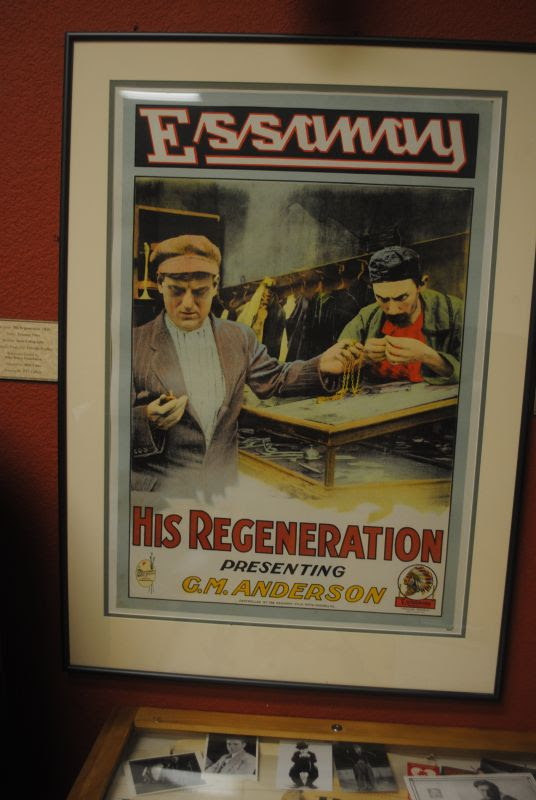 "His Regeneration" starred GM Anderson, but he was not playing Broncho Billy.  Chaplin made a cameo appearance. 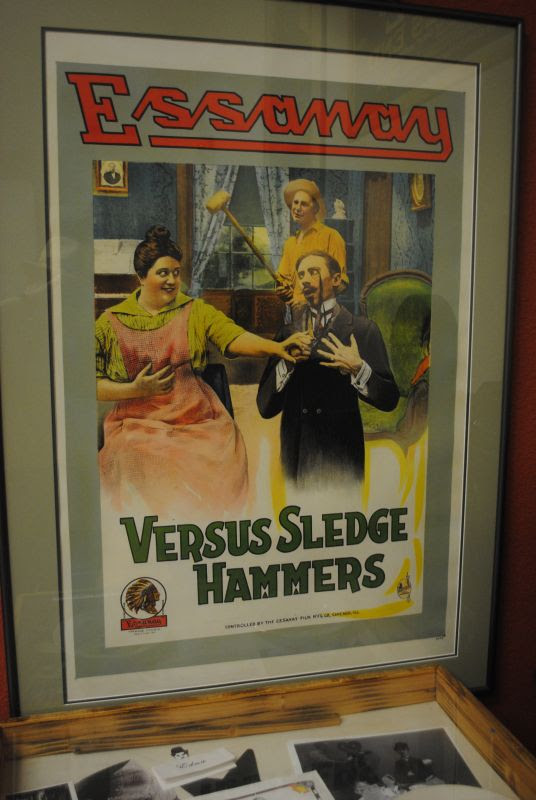 "Versus Sledge Hammers" was a comedy short made in Niles which starred Margaret Joslin, Harry Todd, Victor Potel and Ben Turpin. 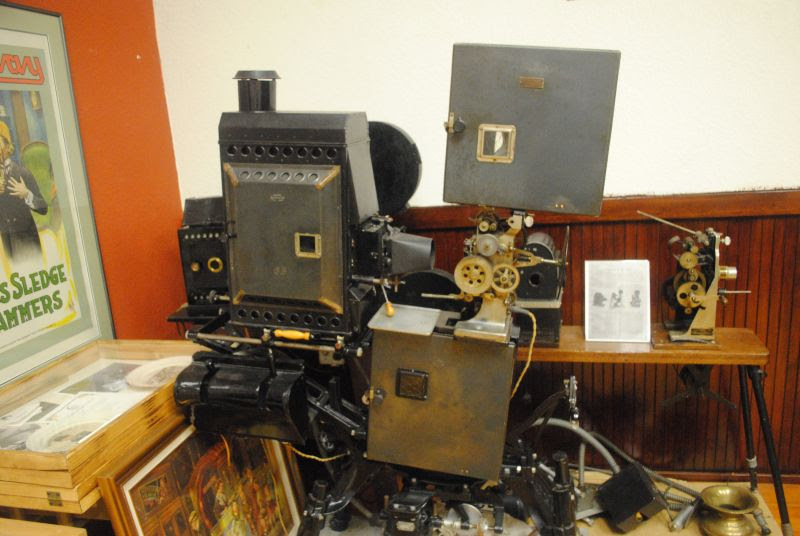 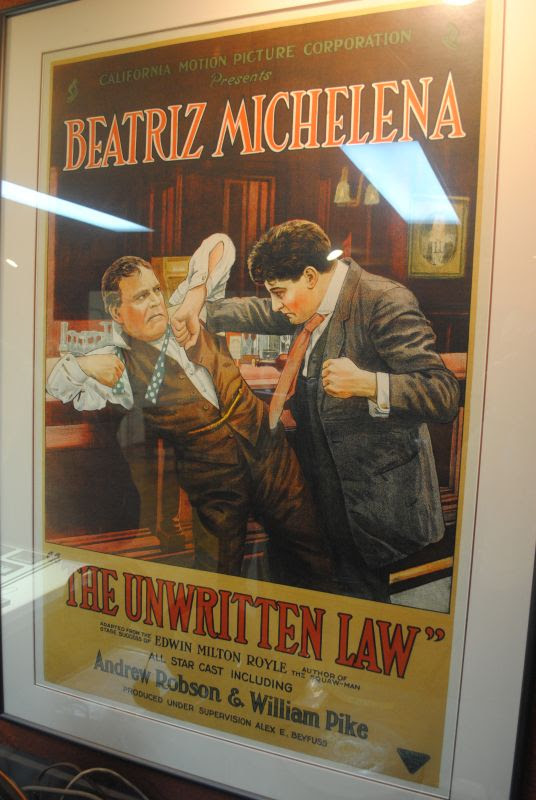 The California Motion Picture Company produced many of its movies in San Rafael.  They starred the beautiful and celebrated prima donna (that's how she was billed), Beatriz Michelena. 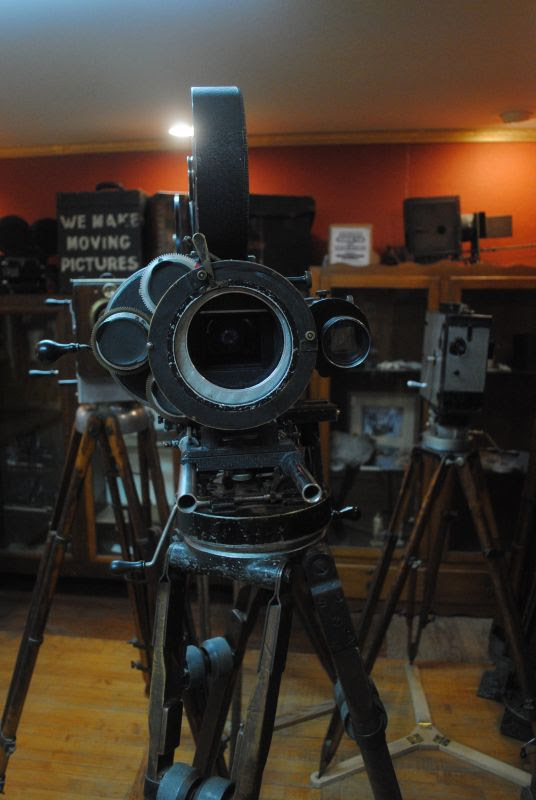 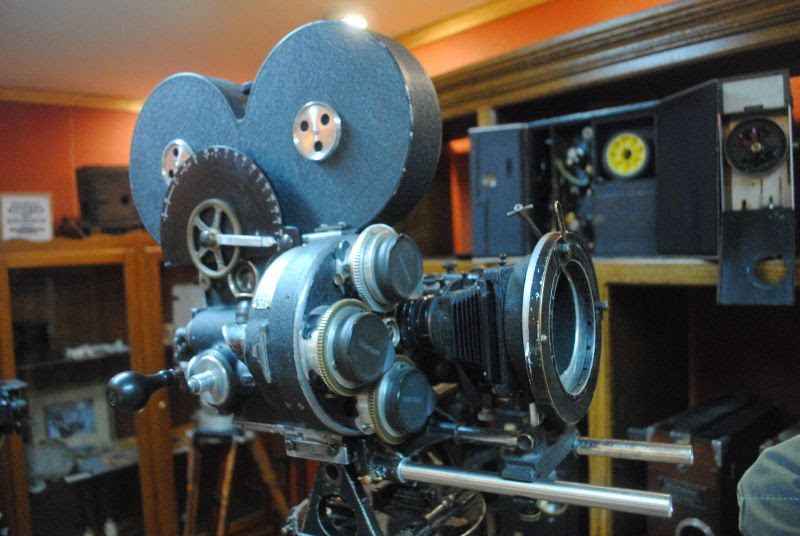 A silent movie camera, perhaps a Bell and Howell. 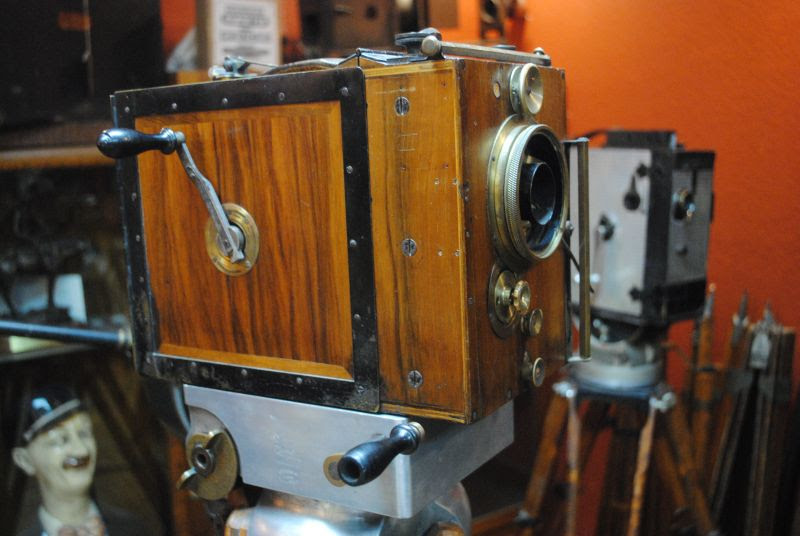 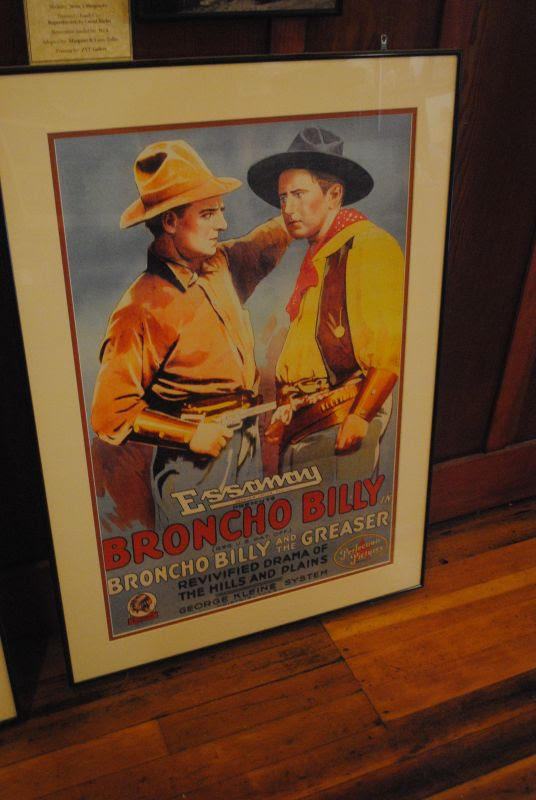 Blackhawk Films must have been having a special one month, because I purchased a Super-8 copy of this Broncho Billy movie. 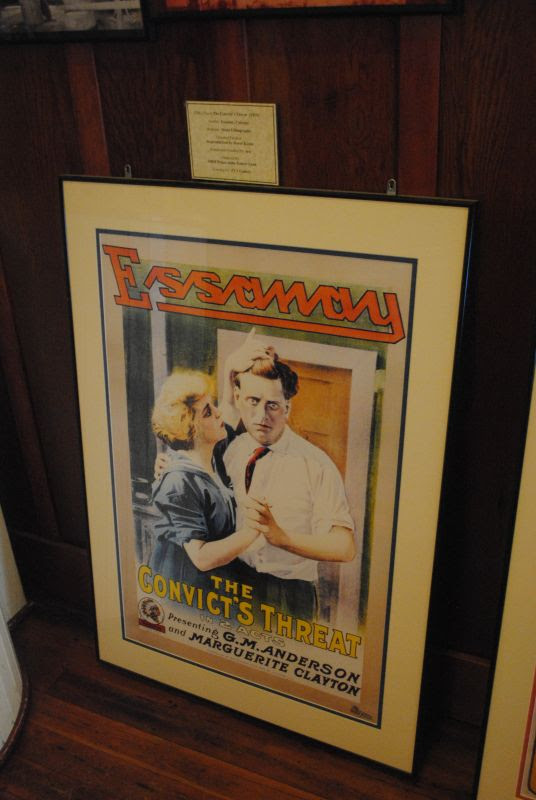 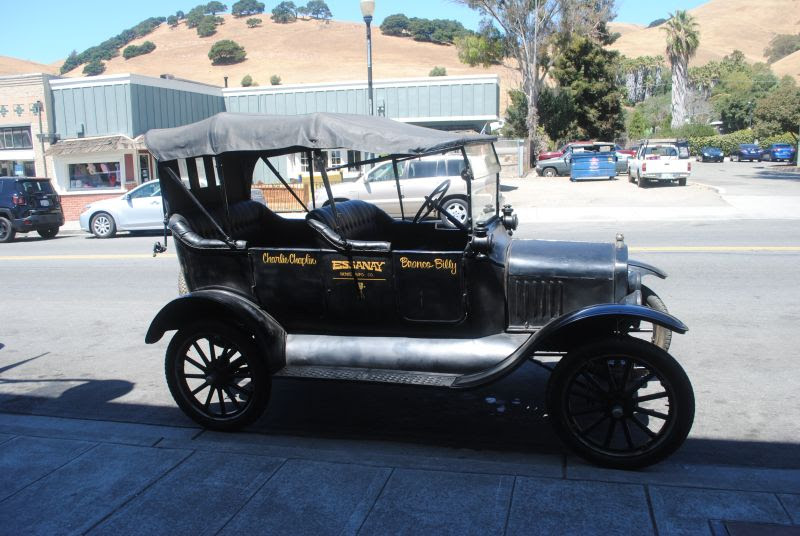 This Model T Ford was parked out front.
Posted by Joe Thompson at 10:17 PM