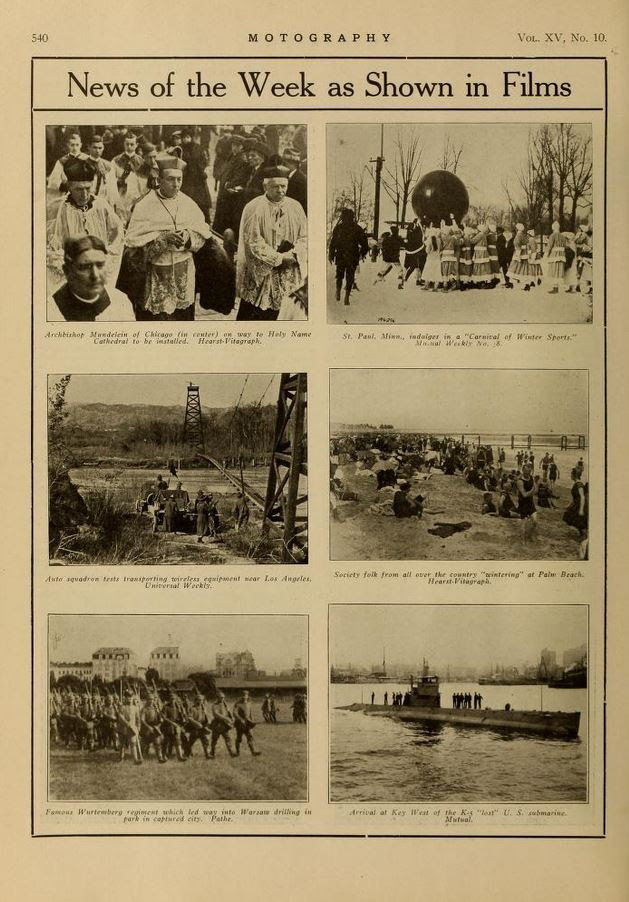 The 04-March-1916 Motography featured "News of the Week as Shown in Films," with items from current newsreels. 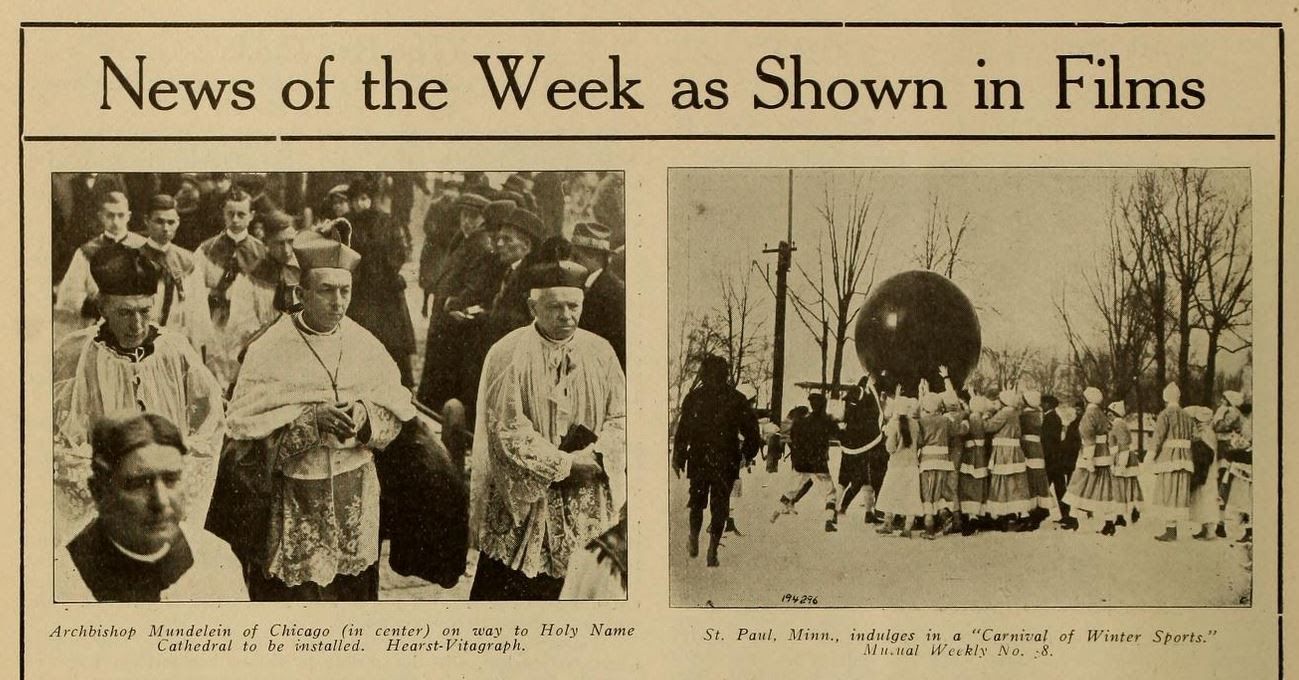 "Archbishop Mundelein of Chicago (in center) on way to Holy Name Cathedral to be installed.  Hearst-Vitagraph."  George Mundelein was Archbishop of Chicago from 1915 to 1939.  He was installed on 09-February-1916.  He was created a Cardinal in 1924.

"St. Paul, Minn., indulges in a 'Carnival of Winter Sports.'  Mutual Weekly No. 8."  The Outdoor Sports Carnival included a parade on 02-February-1916.

"Society folk from all over the country 'wintering' at Palm Beach.  Hearst-Vitagraph."  Palm Beach, Florida was an upscale resort founded by railroad magnate Henry M Flagler.

"Famous Wurtemberg regiment which led way into Warsaw drilling in part in captured city.  Pathe."  Württemberg was a small German state.  The Germans had captured Warsaw on 05-August-1915. 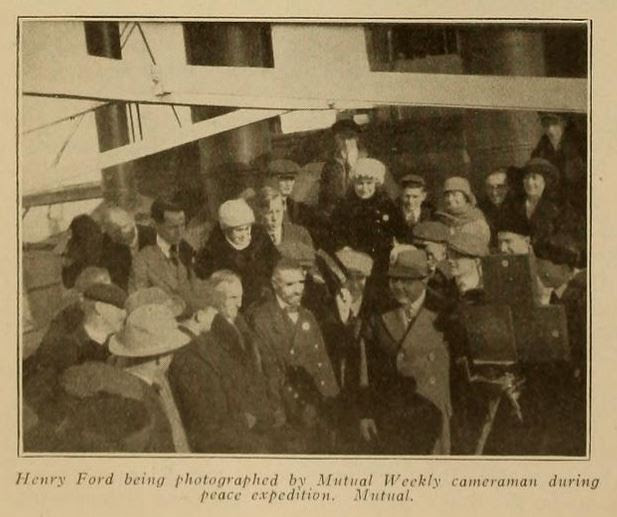 "Henry Ford being photographed by Mutual Weekly cameraman during peace expedition.  Mutual."  Henry Ford was opposed to the war and wanted to inspire a peace conference.  Pacifist Rosika Schwimmer persuaded him to finance a Peace Ship to sail to Stockholm.  Oscar II sailed from New York on 04-December-1915.  Vicious fighting among the pacifists and an outbreak of influenza caused many problems.  Discouraged, Ford sailed back to the US.
Posted by Joe Thompson at 10:00 AM