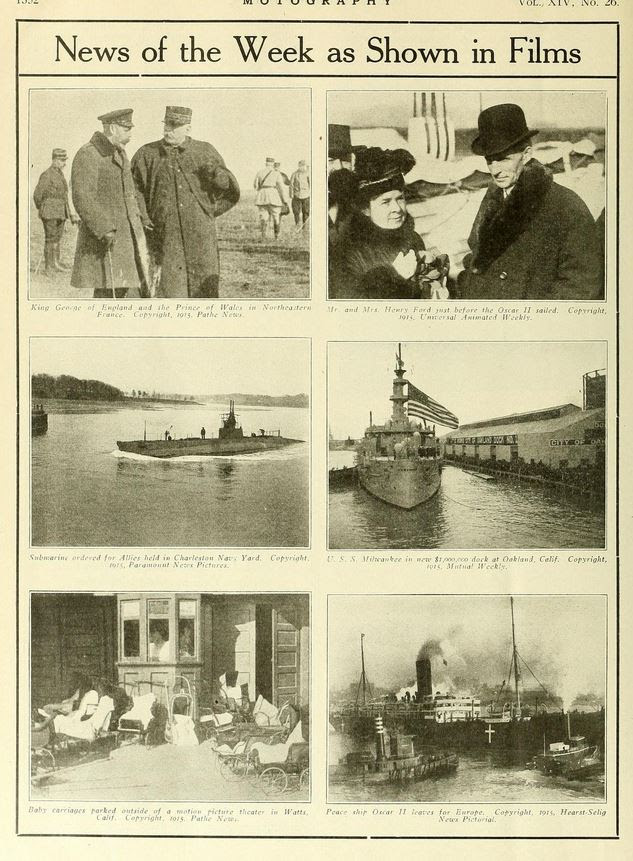 The 25-December-1915 Motography featured "News of the Week as Shown in Films," with items from current newsreels. 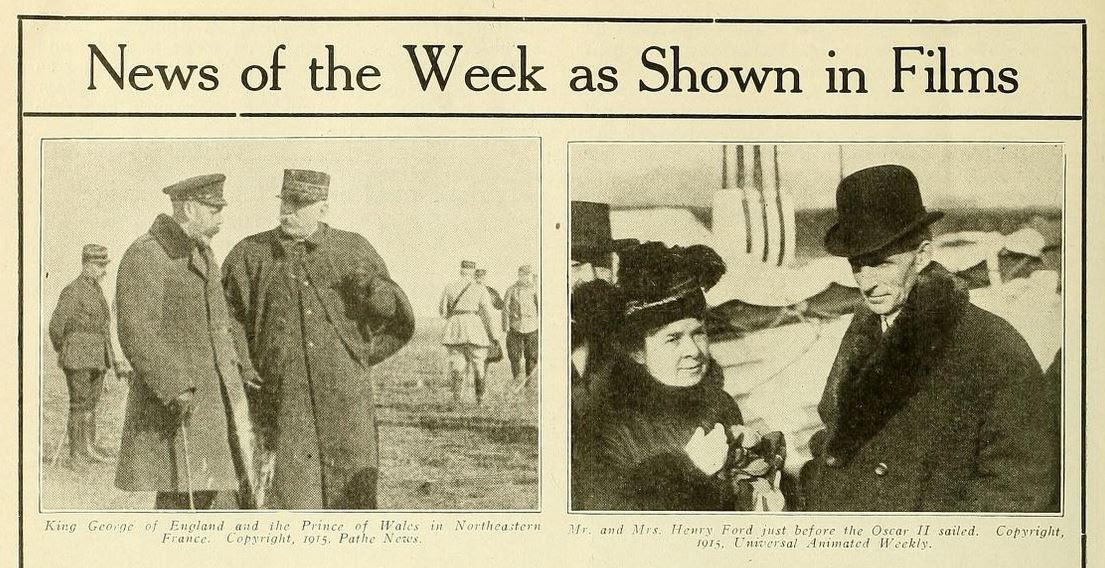 "Mr. and Mrs. Henry Ford just before the Oscar II sailed.   Copyright 1915 by Universal Animated Weekly."  Henry Ford was opposed to the war and wanted to inspire a peace conference.  Pacifist Rosika Schwimmer persuaded him to finance a Peace Ship to sail to Stockholm.  Oscar II sailed from New York on 04-December-1915.  Vicious fighting among the pacifists and an outbreak of influenza caused many problems.  Discouraged, Ford sailed back to the US.

"Baby carriages parked outside of a motion picture theater in Watts, Calif.  Copyright 1915 by Pathe News."