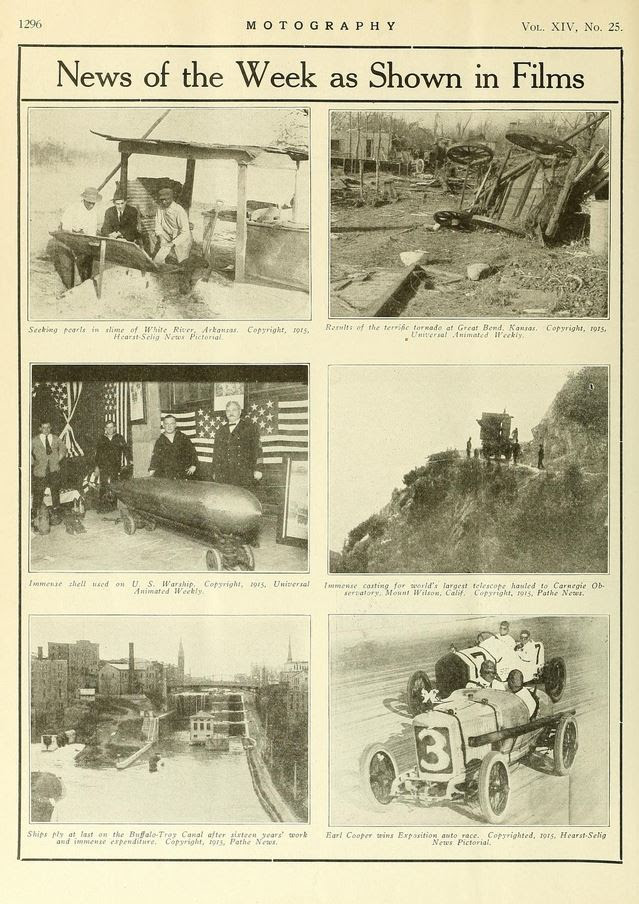 The 18-December-1915 Motography featured "News of the Week as Shown in Films," with items from current newsreels. 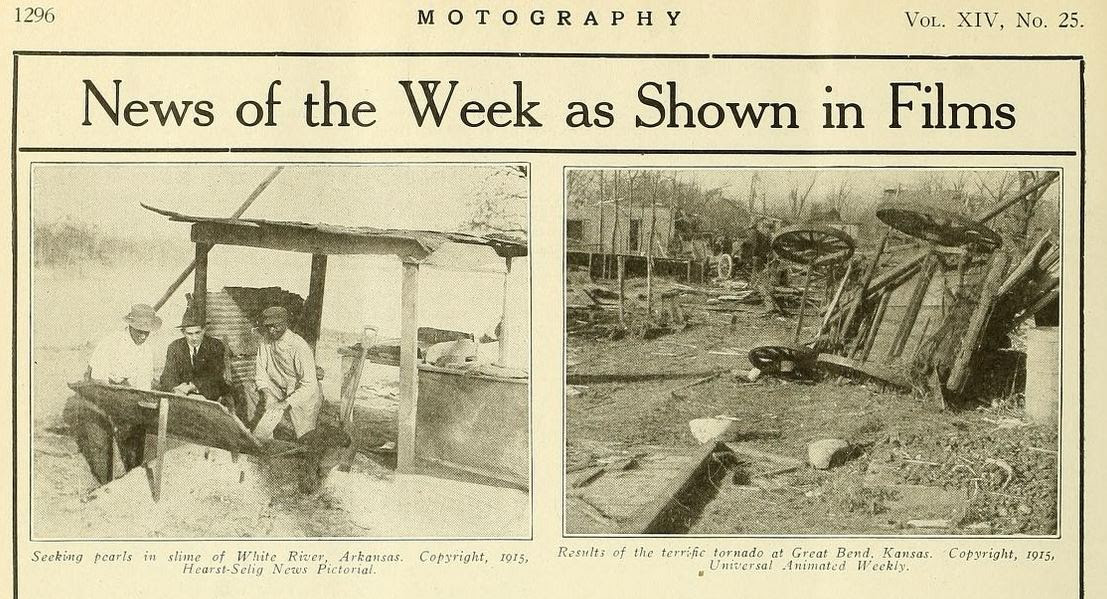 "Immense casting for world's largest telescope hauled to Carnegie Observatory, Mount Wilson, Calif.   Copyright 1915 by Pathe News."  I assume this is part of the Hooker telescope at the  Mount Wilson Observatory, which had the largest aperture of any telescope.

"Ships ply at last on the Buffalo-Troy Canal after sixteen year's work and immense expenditure.  Copyright 1915 by Pathe News."  I guess this could be part of the New York State Barge Canal.