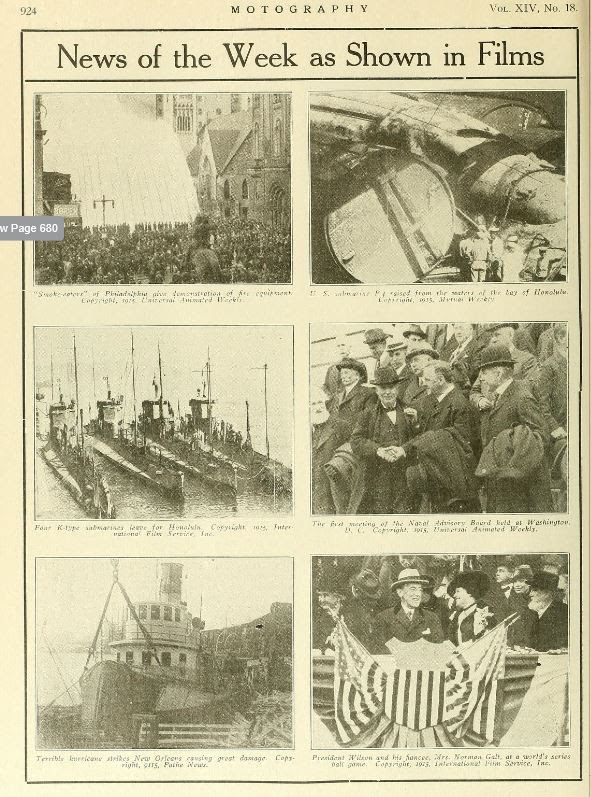 The 30-October-1915 Motography featured "News of the Week as Shown in Films," with items from current newsreels. 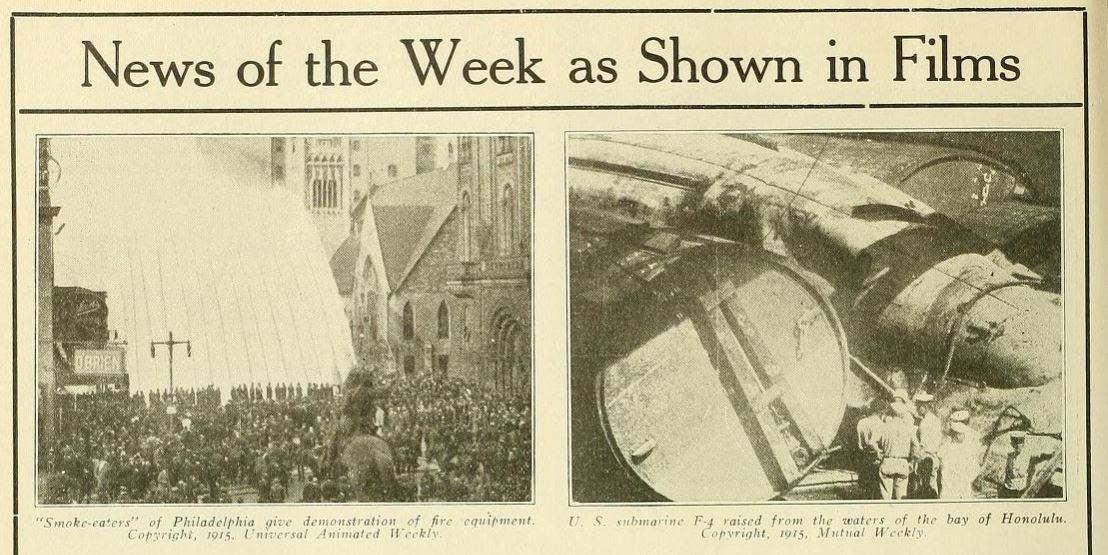 "'Smoke eaters' of Philadelphia give demonstration of fire equipment.  Copyright 1915 by Universal Animated Weekly."  I enjoy going to watch firemen demonstrate their equipment.

"The first meeting of the Naval Advisory Board held at Washington, D. C.  Copyright 1915 by Universal Animated Weekly."  Thomas Alva Edison was President of the The Naval Consulting Board.

"President Wilson and his fiancee, Mrs Norman Galt, at a world's series ball game.  Copyright 1915, International Film Service Incorporated."  Wilson became the first president throw out the first ball at a World Series game, when the Boston Red Sox played the Philadelphia Phillies at the Baker Bowl in Philadelphia.  Wilson was a big baseball fan.
Posted by Joe Thompson at 10:00 AM

Email ThisBlogThis!Share to TwitterShare to FacebookShare to Pinterest
Labels: News of the Week, newsreel, submarine