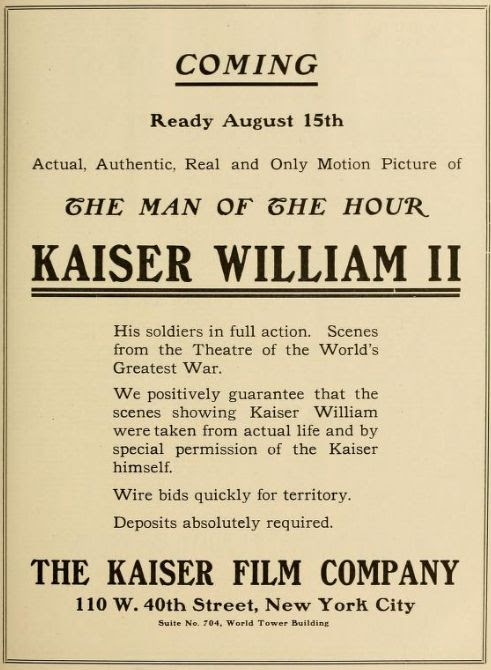 Many people still blame Kaiser Wilhelm II and his ham-handed foreign policies for World War One.  It wasn't that simple, but he deserved a share of the blame.

Before the United States entered the war, some people admired Kaiser Bill.  The Kaiser Film Company released this movie.  "The Man of the Hour."  "...by special permission of the Kaiser himself."