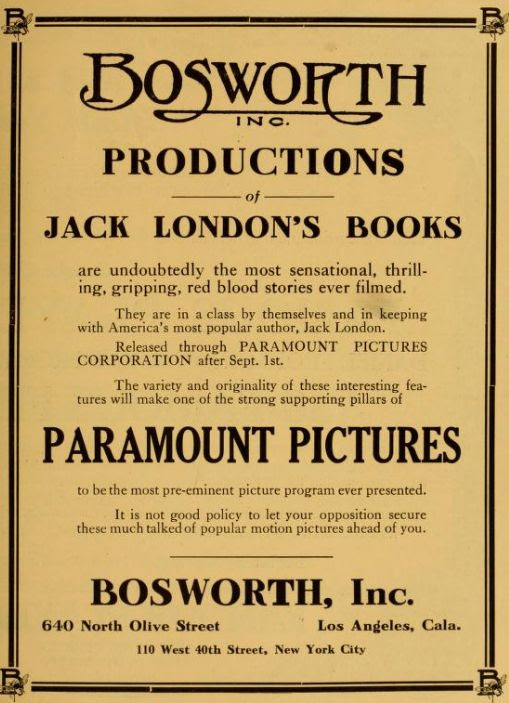 Actor Hobart Bosworth admired Jack London's writing and formed a company to produce movies based on London's stories and novels.  The first production was The Sea Wolf.  The productions "are undoubtedly the most sensational, thrilling, gripping, red blood stories ever filmed."  Paramount released most of the movies.