Bert Hall was an American fighter pilot who served with the French as a member of the Lafayette Escadrille before the US entered World War One.  He was known to brag and stretch the truth.  In 1918, he published En L'air, a book about his experiences.   The book inspired A Romance of the Air, a movie starring Bert Hall. 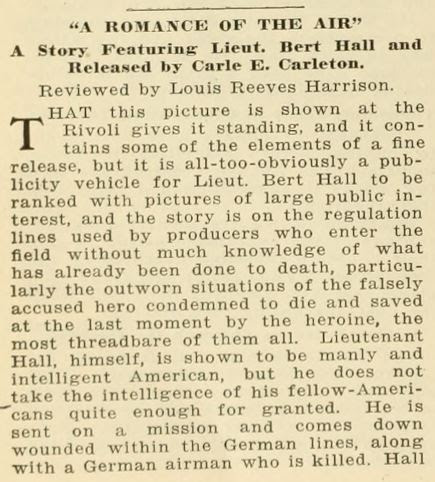 "Lieut. Hall rings true, but his story does not."

Bert Hall's medals are displayed in this ad. 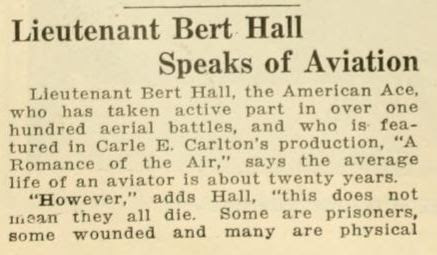 "...the average life of an aviator is about twenty years."

Edith Day was Bert Hall's co-star.  Her movie career was fairly short, but she also appeared on Broadway.

Bert Hall went on to appear in one more movie.