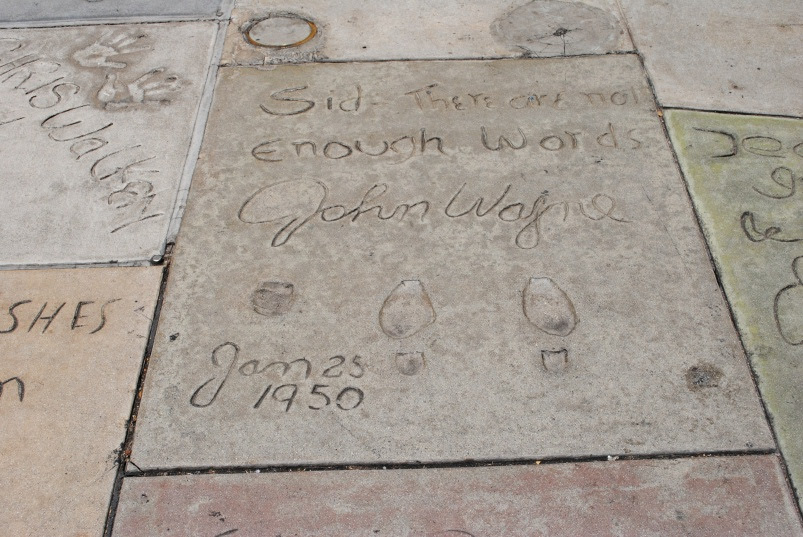 John Wayne left his hand and cowboy boot prints in the forecourt of Grauman's Chinese on 25-January-1950. Wayne had a long career and led film stars in yearly box office returns for many years.  I enjoy movies from every period of his career, from The Big Trail to the Mascot serials to the Lone Star westerns to the Three Mesquiteers to Stagecoach to the John Ford cavalry films to the war films right up to The Shootist.