Working to squeeze as much as they could out of their investment, Essanay was re-releasing a Chaplin film each month. "In the Park" was a one-reeler.

"At the time of its original release (two years before - JT), it proved to be one of the most popular of the Chaplin series, and is sure of a warm reception on its return engagement."

A Dutch company secured the rights to release Chaplin's Mutuals in Holland, the Dutch East Indies and the Dutch West Indies.

After Chaplin signed a million dollar contract with First National, he began to build a new studio at 1416 North La Brea Avenue.  He used it for all of his films until he left the United States.   It is currently used by the Jim Henson Company. 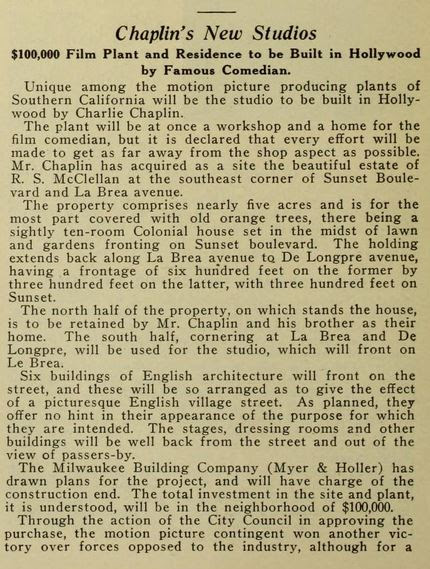 "Six buildings of English architecture will front on the street, and these will be so arranged as to give the effect of a picturesque English village street.

The Rothacker Film Manufacturing Compny gained the rights to make prints of First National releases, including the Chaplin films.

"Details of this big transaction will be announced to the trade at a later date."

Chaplin cut short a vacation in Hawaii to inspect the site that would hold his new studio. 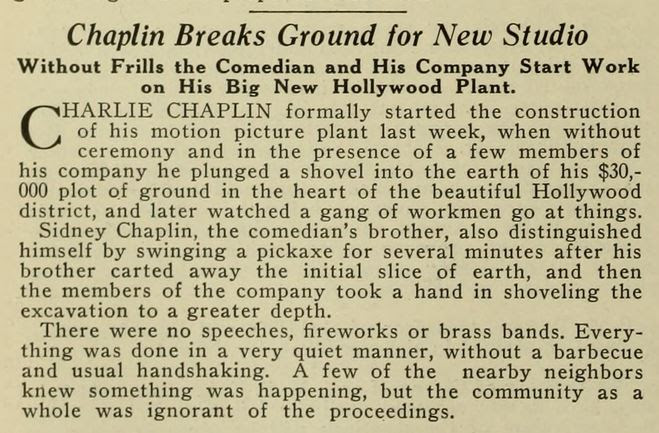 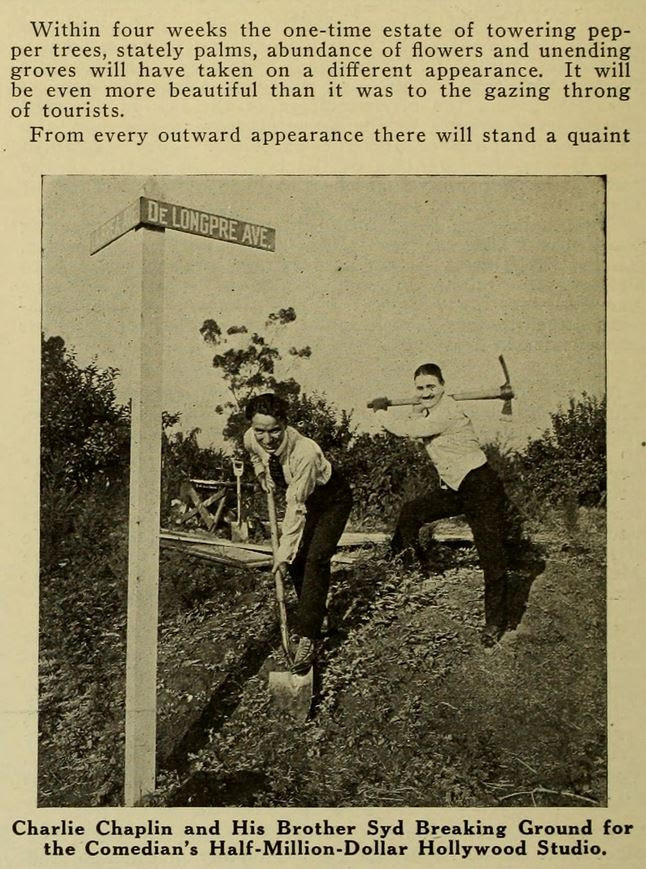 Chaplin and  his brother Syd broke ground on North La Brea between Sunset and De Longpre.
Posted by Joe Thompson at 12:30 AM