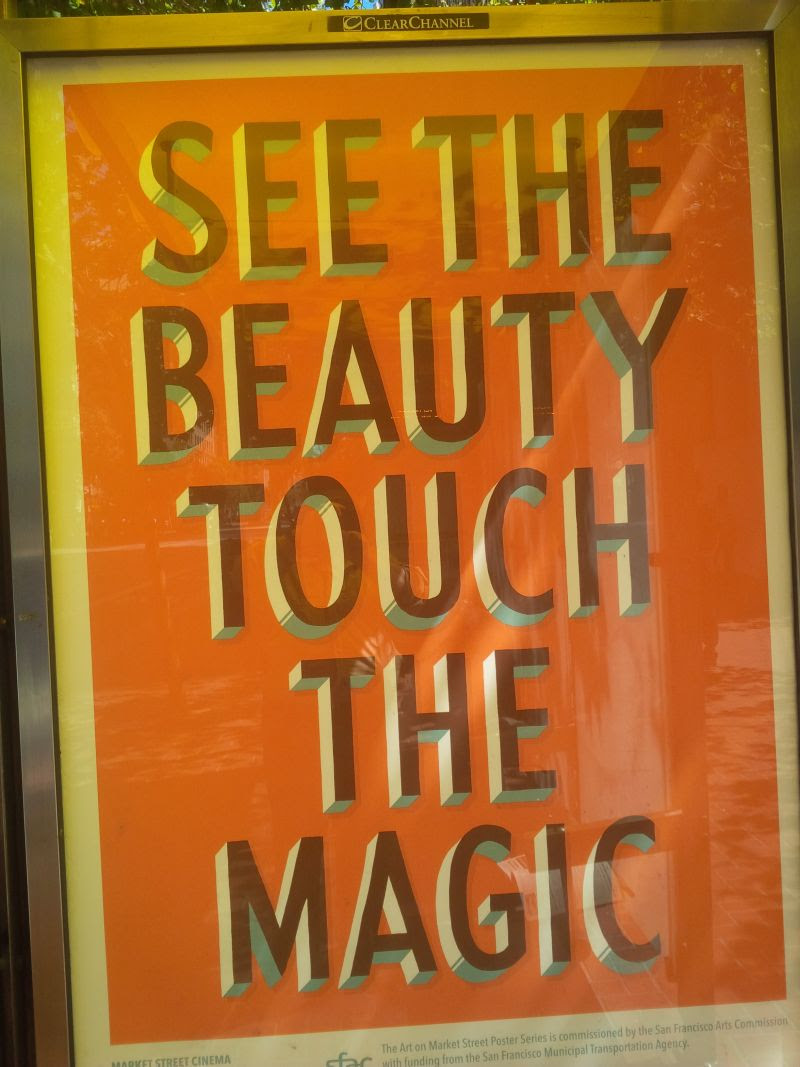 The San Francisco Arts Commission (http://www.sfartscommission.org/) has set up a series of posters by artist Jeff Canham.  "The Best Show in Town" depicts messages that appeared on the marquees of famous theaters along Market Street from 1928 to 2015.

The building was torn down during September, 2016.
Posted by Joe Thompson at 12:30 AM