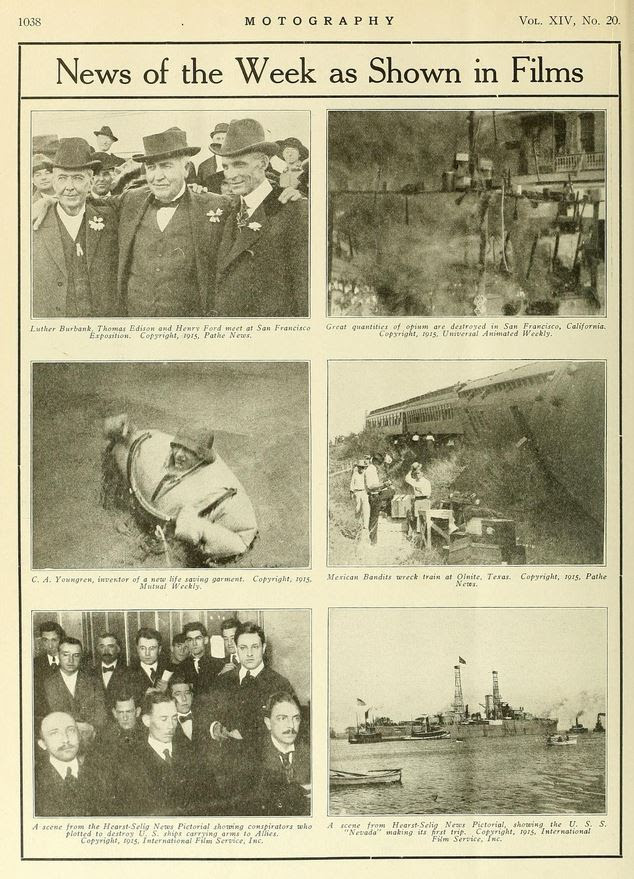 The 13-November -1915 Motography featured "News of the Week as Shown in Films," with items from current newsreels. 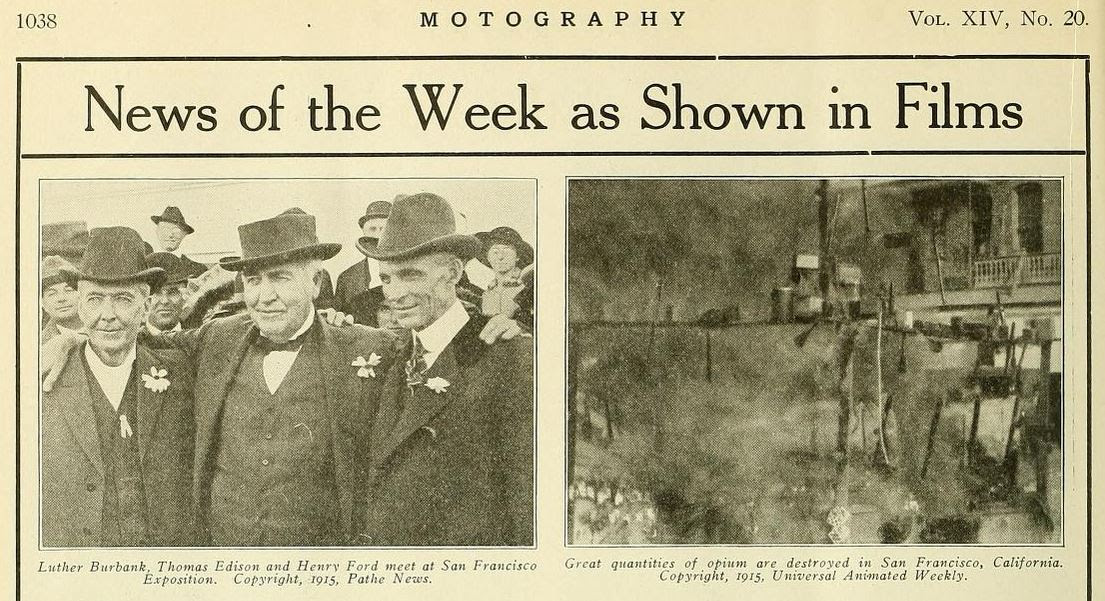 "C. A. Youngren, inventor of a new life saving garment.  Copyright 1915 by Mutual Weekly."  I can't find anything about him.  An O. A. Youngren received a patent for a "life preserver" in 1921.  It may be the same person.

"Mexican Bandits wreck train at Olnite, Texas.  Copyright 1915 by Pathe News."  A Saint Louis, Brownsville and Mexico got derailed by Mexican bandits and looted on 18-October-1915.  The engineer died in the crash and the fireman was scalded.  One rider was shot and killed while the bandits robbed the passengers.

"A scene from Hearst-Selig News Pictorial showing the U. S. S. "Nevada" making its first trip.  Copyright 1915, International Film Service Inc."  USS Nevada (BB-36) went to Ireland to protect convoys during World War One.  She was at Pearl Harbor when the Japanese attacked in 1941.  She was damaged, but was repaired.  She was at Iwo Jima and D-Day and again protected Atlantic convoys.