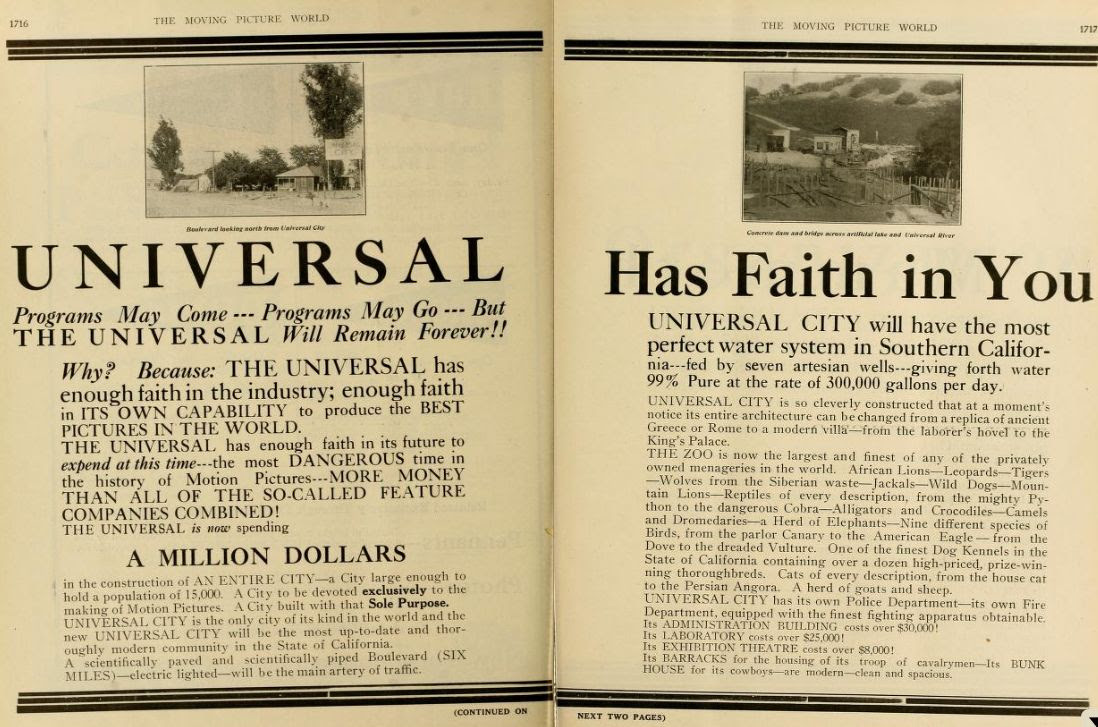 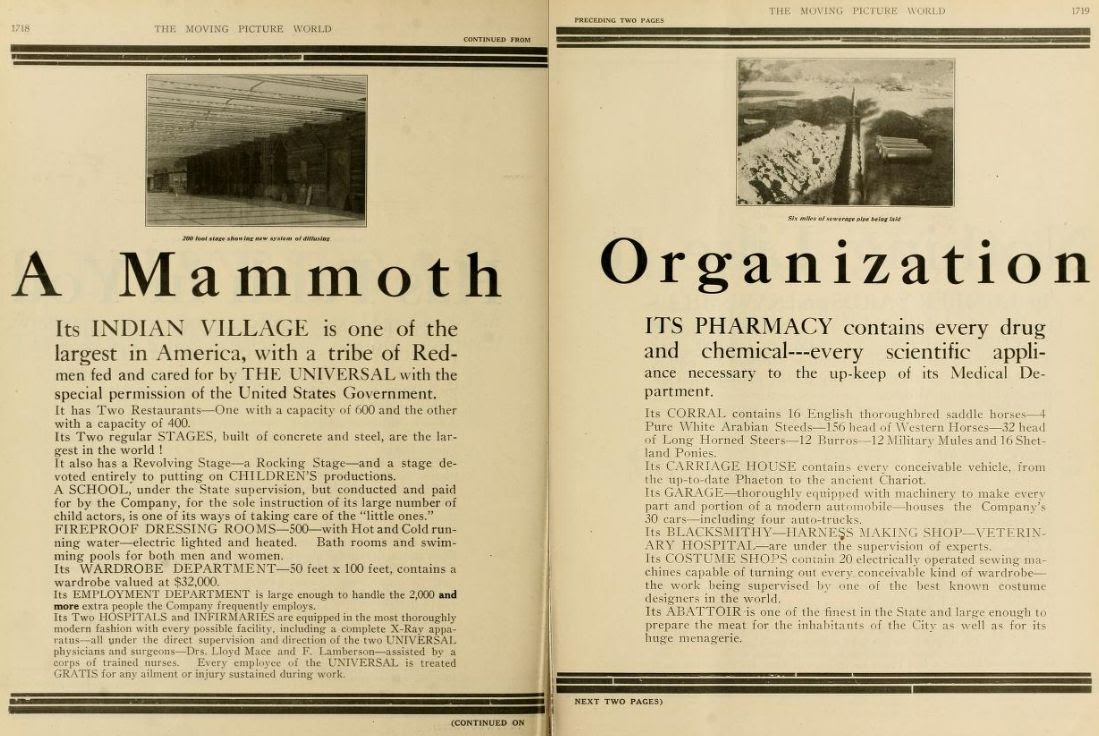 In this six-page ad, Universal announced the building of its new studio, Universal City.  Be sure to click on the images to see larger versions.

"THE UNIVERSAL is now spending A MILLION DOLLARS in the construction of AN ENTIRE CITY -- a City large enough to hold a population of 15,000. A City to be devoted exlusively to the making of Motion Pictures."
Posted by Joe Thompson at 10:00 AM