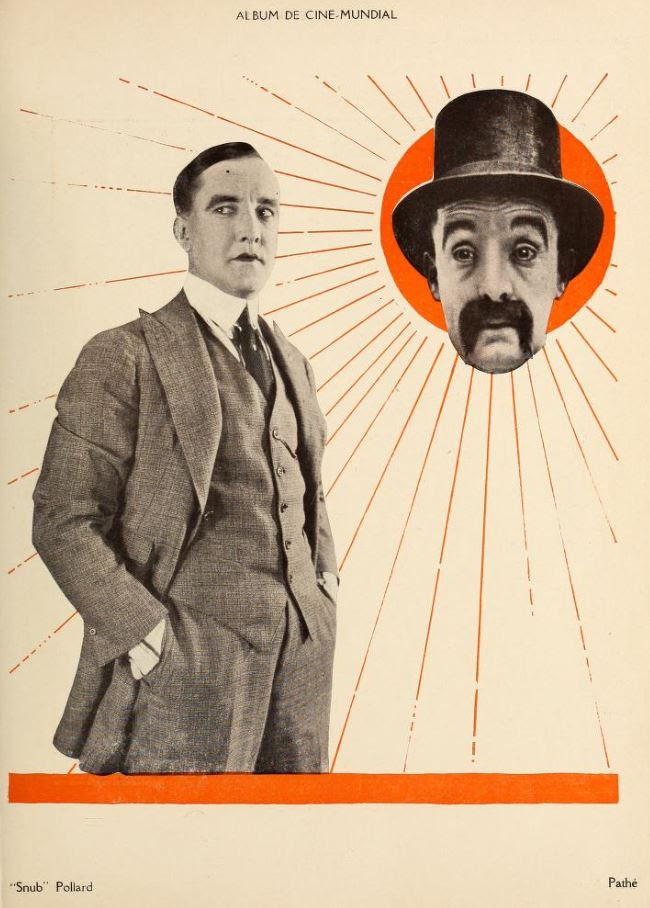 Snub Pollard was born in Australia.  He supported Harold Lloyd in most of his early movies.  Later, producer Hal Roach gave Pollard his own series, where he frequently performed with Marie Mosquini.

A friend had a Super-8 copy of "It's a Gift," one of Pollard's most popular shorts.